The U.S. men’s national team roster for Wednesday night’s international friendly against Serbia averages nine international caps and had an average age of 24 years, 46 days as of the first day of training on Jan. 21.

Veteran forward Paul Arriola (48 caps) returns to the USMNT after last appearing in the 0-0 draw against Saudi Arabia on Sept. 27, 2022 in Murcia, Spain. Should he appear in both matches, Arriola will become the 60th USMNT player to earn 50 career international appearances.

After signing with LAFC early in the new year, defender Aaron Long will play his first match at BMO Stadium as a member of the Black and Gold on Jan. 25 against Serbia.

Long’s new club teammate Kellyn Acosta will also make his first appearance at BMO Stadium since finding the back of the net to help LAFC win the 2022 MLS Cup Final.

Paxton Pomykal earns his first USMNT call-up since the 2020 January camp. The FC Dallas midfielder earned his senior-team debut months earlier in the 1-1 draw against Uruguay on Sept. 10, 2019 in St. Louis.

Midfielder Eryk Williamson returns to the USMNT for the first time since appearing in the Concacaf Gold Cup Final win against Mexico on Aug. 1, 2021 in Las Vegas.

Another member of the 2021 Gold Cup winning side, forward Matthew Hoppe is seeking his first cap since the 2-1 win against Costa Rica in World Cup qualifying on Oct. 13, 2021 in Columbus.

Forward Cade Cowell and defender Jonathan Gómez made their USMNT debuts at Dignity Health Sports Park, coming on as substitutes in the 1-0 friendly win against Bosnia and Herzegovina on Dec. 18, 2021.

German-born veteran defender Julian Gressel received his U.S. citizenship on Nov. 5, 2022, paving the way for this month’s call-up. The 29-year-old defender has competed in nearly 200 competitive matches during his time with Atlanta United (2017-19), D.C. United (2020-22) and Vancouver Whitecaps (2022-present).

Should he feature in either match, 18-year-old Gaga Slonina would become the youngest goalkeeper to appear for the USMNT. The current record holder is Tony Meola, who was 19 years, 106 days when he debuted on June 7, 1988 in Albuquerque, N.M.
Four of the five World Cup veterans made their USMNT debuts in matches associated with January camp: Sean Johnson (Jan. 22, 2011 vs. Chile), Kellyn Acosta (Jan. 31, 2016 vs. Iceland), Walker Zimmerman (Feb. 3, 2017 vs. Jamaica) and Jesús Ferreira (Feb. 1, 2020 vs. Costa Rica).

After earning his first two caps in late 2018, Aaron Long made his third and fourth appearances for the USMNT in the team’s first two matches of 2019 – a 3-0 win against Panama on Jan. 27 and 2-0 win against Costa Rica on Feb. 2.

Three players helped the USA claim the 2022 Concacaf U-20 Championship and qualify for this year’s FIFA U-20 World Cup in Indonesia and the 2024 Summer Olympics in Paris: Paxten Aaronson, Cade Cowell and Jalen Neal.

Younger brother of 2022 World Cup veteran Brenden Aaronson, Paxten Aaronson transferred to German Bundesliga side Eintracht Frankfurt late last year after helping Philadelphia Union to a first-place finish in the Eastern Conference and a spot in the MLS Cup Final.

Should Paxten appear in either match, the Aaronsons would become the eighth set of brothers to represent the USMNT: John and Pedro DeBrito; Otto and Rolf Decker; Angelo and Paul DiBernardo; Charlie and Henry McCully; George and Louie Nanchoff; Steve and Ken Snow; Archie and Tom Stark.

Teammates at the 2015 FIFA U-17 World Cup in Chile, first time call-ups Brandon Vazquez and Alejandro Zendejas are the seventh and eighth players from that squad to earn a USMNT call-up.

Vazquez comes off a breakout season in which he registered 18 goals and eight assists in 33 matches to help FC Cincinnati earn its first berth in the MLS Cup Playoffs.

Zendejas tallied four goals and two assists in 16 matches to help Club América finish top of the table during the 2022-23 Liga MX Apertura campaign. He netted a remarkable strike for his first goal of the Clausura this past weekend to equalize against Puebla.

Forward Emmanuel Sabbi was part of the U.S. squad at the 2017 FIFA U-20 World Cup in Korea Republic and will look to become the 10th player from that team to earn a USMNT cap. Injured at the start of the Danish SuperLiga season, Sabbi recorded two goals and two assists in his four appearances for Odense prior to the World Cup break.

Part of the U.S. squad that claimed the 2018 Concacaf U-20 Championship, center back Sam Rogers comes to his first USMNT camp on the back of a strong 2022 Norwegian Elitserien campaign with Rosenborg. The 23-year-old defender recorded six goals and two assists and helped earn six shutouts in 23 appearances to help the club to a third-place finish.

Currently unattached to a club, midfielder Alan Soñora earns his first USMNT call-up after three seasons with Independiente in Argentina.

Midfielder Aidan Morris and defender John Tolkin were guest players at the USMNT’s fitness camp prior to the selection of the 2022 FIFA World Cup roster last October in Frisco, Texas.

Still just 20 years old, Tolkin has racked up 59 career regular season appearances as a left back for New York Red Bulls the past two seasons. 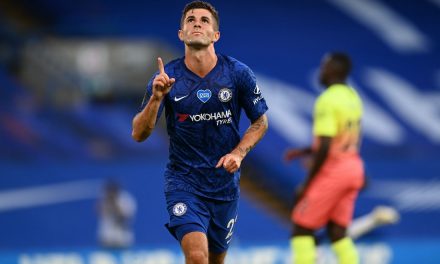 WELCOME BACK: USMNT teammates: Pulisic’s return is ‘massive,’ and is a ‘confidence boost’ 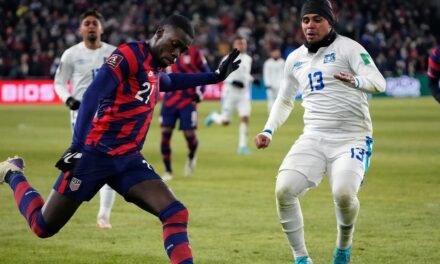 BLACK HISTORY MONTH (Day 21): Ready to cast this own shadow: Tim Weah embraces being the son of a former soccer great, which inspires him (2018) 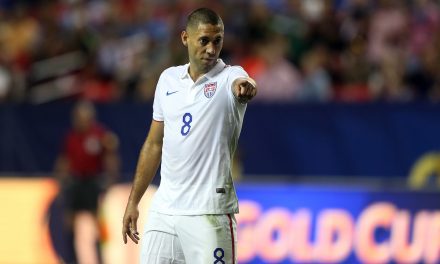