ANOTHER BUSY WEEKEND: 9 EPL matches on tap on NBC Networks

It will start with Premier League Mornings Live presented at 7 a.m. ET on Peacock, followed by Liverpool vs. Chelsea at 7:30 a.m. ET on Peacock. Then at 9:30 a.m. ET, USA Network and Peacock continue with live coverage from the Fan Fest in Orlando, Fla.

This weekend’s match coverage concludes on Monday, Jan. 23, as Tottenham visit Fulham at 3 p.m. ET on USA Network and Universo. 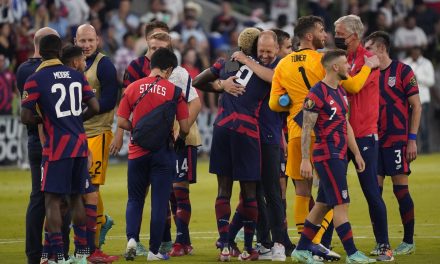 CAN THEY MAKE IT A DOUBLE?: USMNT aims for 2nd Concacaf trophy in 2 months vs. Mexico in Gold Cup final