The Long Island Rough Riders men’s team enjoyed one of its best seasons of its nearly three-decade history in 2022 as the team reached the USL League Two championship game.

Their quest for their third national title in their 29-year history as they lost to the Ventura County Fusion, 2-1, in the final at Ventura College on Aug. 6.

After finishing second in the Metropolitan Division behind Manhattan SC (12-2-0, 36 points), Long Island (11-2-1, 34) started its postseason run with a 3-1 triumph over the Ocean City Nor’easters on June 22. Two days later, the Riders recorded a 2-1 win over Vermont Green FC. They added another 2-1 decision under their belt against the Seacoast United Phantoms on July 29 before besting the North Carolina Fusion U23 on Aug. 1. to reach the national final.

The Rough Riders, who arrived in Ventura at 4:30 a.m. on Saturday due to travel delays, started out sluggishly.

After 15 minutes, Long Island started to take control of the match, forcing the action and taking three corner kicks. None of those set pieces wound up as dangerous opportunities, though.

All of the scoring took place in the second half.

The Riders struck first as Justin Weiss finished off a nifty multi-pass build-up to score past goalkeeper Tetsuya Kadono from eight yards in the 55th minute.

Ventura equalized on the hour as Nathaniel Opoku, named MVP of the final, connected off a spectacular bicycle kick from point-blank range on the right side of the box past keeper Wessel Speel.

The Rough Riders captured the U.S. Interregional Soccer League crown in 1995 and the USL Pro League title in 2002.

Both of the Riders’ elite squads enjoyed successful seasons as the women’s team reached the USL Women’s League playoffs.

Long Island, which lost for only the second time this season, completed one of its most success years, as the Riders took home silver medals. The Riders reached the League Two final for the first time and recorded a team-record 15 wins since they dropped down from the pro ranks in 2006.

The Rough Riders finished second in the Metropolitan Division with an 8-2-2 record and 26 points, qualifying for the postseason. They scored 35 goals in their final five regular season matches, in which the team went 4-0-1 to propel itself into the postseason

Long Island dropped a 2-0 decision to the Greenville Liberty in the playoff quarterfinals on July 13.

HOMES, SWEET, HOMES: Rough Riders to host 6 of their first 7 matches at 3 venues

SO CLOSE: After leading in extratime, Rough Riders women fall in shootout in UWS semifinals 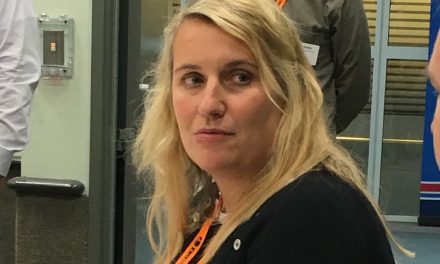 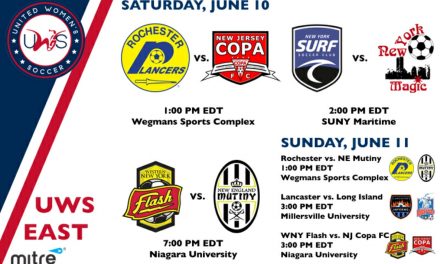