Beginning this year, the awards have been named in honor of MLS president and deputy commissioner Mark Abbott, who at the end of 2022 is leaving the League after a run as one of the most influential and respected leaders in the game.

In 1993, Abbott was hired as the first executive in the league office – three years before the first game was played. The architect of MLS’ business plan, Abbott played an invaluable leadership role on the business, legal and financial side as the League saw transformational growth. As president and deputy commissioner since 2013, Abbott has led all areas of league operations and competition, including product strategy, player relations, strategic planning and communications.

Austin FC president Andy Loughnane was named the 2022 Doug Hamilton Executive of the Year. Under Loughnane’s leadership, Austin FC has sold out every regular season and playoff match in its two-year history. In 2022, the club led the league in season ticket renewals at 96 percent and ranked second in MLSstore.com U.S. club jersey sales, behind Charlotte FC. In addition to Austin FC’s many business achievements, the club has fostered one of the most passionate fan bases and stadium atmospheres in the League.

Philadelphia Union sporting director Ernst Tanner was named the 2022 Sporting Executive of the Year. He helped guide the Union to the top record in the Eastern Conference and the club’s first appearance in MLS Cup. Tanner, who took over at the helm of the Union technical staff in October 2018, built a roster that featured a league-high four players on the 2022 MLS Best XI, including MLS defender of the year Jakob Glesnes and MLS goalkeeper of the year Andre Blake. Philadelphia produced the second-best goal differential (+46) in MLS history and recorded 15 shutouts, which led MLS. 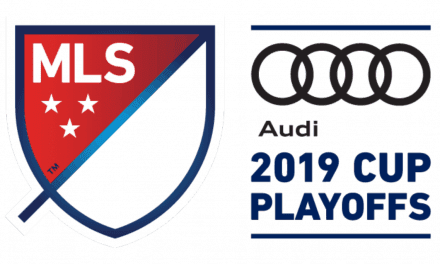 MLS PLAYOFF SCHEDULE: Who plays where and when in 1st round

WORLD CUP BY THE NUMBERS: MLS boasts 35 players in Qatar