FOUR-YEAR DEAL: Some MLS games will be available on FOX Sports, FOX Deportes, TelevisaUnivision and in Canada

Major League Soccer Tuesday announced new four-year linear television agreements in the U.S. and Canada with FOX Sports (FOX/FS1/FOX Deportes) and TelevisaUnivision (Univision/UNIMÁS /TUDN) in the U.S., and TSN and RDS in Canada.

The new linear agreements complement the 10-year partnership between MLS and Apple starting next year that will feature MLS Season Pass and provide fans an unprecedented and broadcast package.

These agreements are strategically designed to run through 2026, when the World Cup will be hosted by the U.S., Canada, and Mexico. FOX Sports, TSN and RDS are also the broadcast homes in the U.S. and Canada for that World Cup.

For each of the four MLS seasons through 2026, FOX/FS1/FOX Deportes will have exclusive English and Spanish language linear broadcast rights to an average of 34 regular season and eight MLS Cup Playoff games. FOX and FOX Deportes also will be the linear broadcast home for MLS Cup in the U.S. for the next four years. In Canada, TSN and RDS will have an extensive schedule of regular season matches – with at least one match per week featuring a Canadian team – along with eight playoff matches and MLS Cup every year.

TelevisaUnivision, FOX Sports, TSN and RDS will be the linear broadcast home for select matches in Leagues Cup, which begins in 2023. Leagues Cup will see MLS and LIGA MX pause their seasons each summer as 47 clubs compete in a World-Cup style tournament to crown a champion. The Leagues Cup final will be available on Univision.

Every live MLS match will also be available through MLS Season Pass on the Apple TV app, including nearly 500 regular season matches, the All-Star game, the playoffs, the Leagues Cup, and MLS NEXT Pro and MLS NEXT matches. A selection of MLS and Leagues Cup matches, including some of the biggest playoff matchups, also be available at no additional cost to Apple TV+ subscribers.

“We are proud to continue our partnerships with FOX Sports, Univision and TSN, and we are pleased to have MLS matches on RDS in Canada,” MLS commissioner Don Garber said in a statement. “These broadcast industry leaders continue to demonstrate their deep commitment to MLS and soccer. Our linear agreements, along with our partnership with Apple, are the culmination of a series of collaborative discussions to provide our fans with the most expansive and accessible lineup of programming MLS and our sport in the U.S. and Canada have ever seen – and by a significant margin.”

Major League Soccer plans to announce the complete 2023 match schedule before the end of the year. 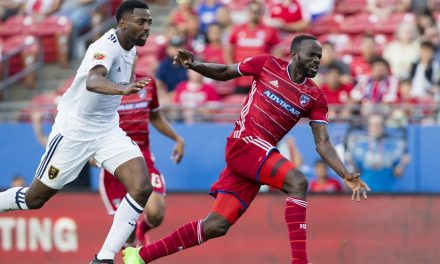 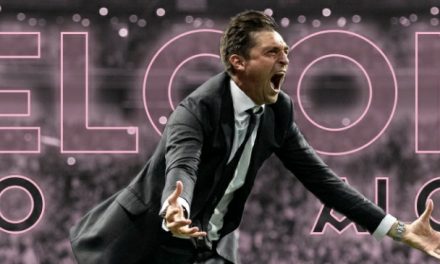 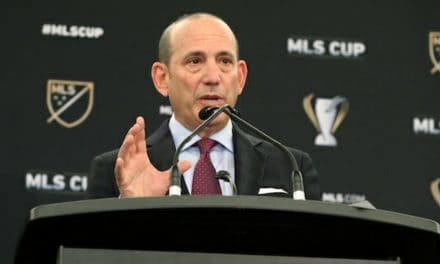 THE SOCCER DON ON EXPANSION: Garber on MLS board meeting, possible team in Charlotte