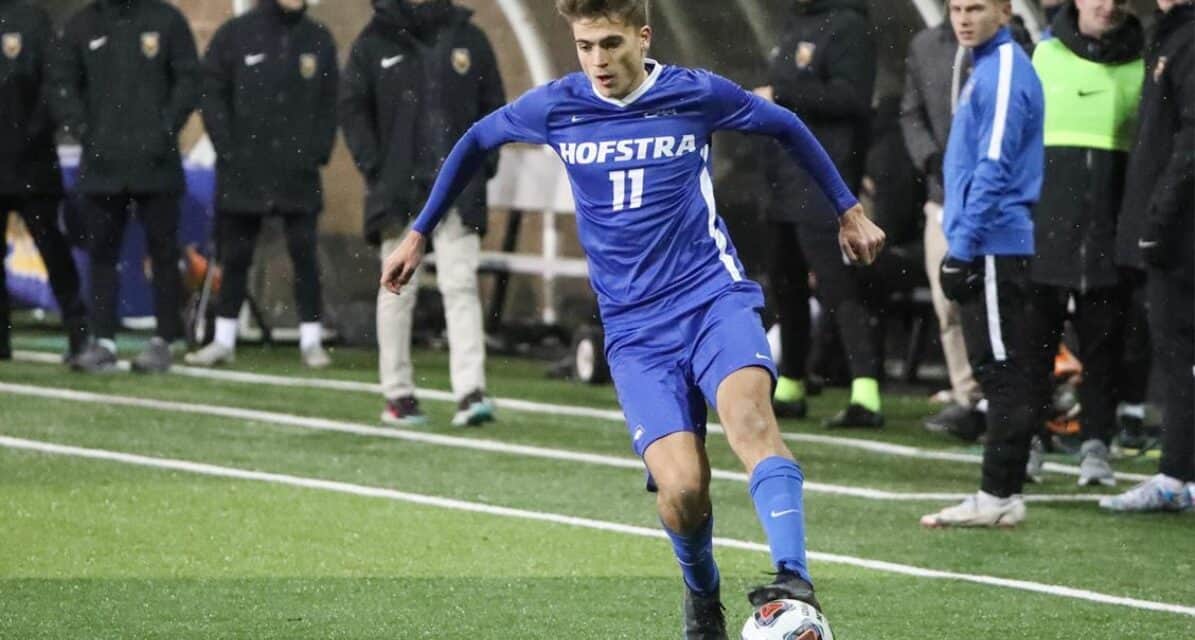 Hendrik Hebbeker had a 3.98 GPA this past year. (Photo courtesy of Hofstra)

They are repeat winners after each earned the distinction in 2021.

Hebbeker, a senior midfielder, earned his second consecutive spot on the first team after tallying two goals and three assists in 2022. The Cologne, Germany native has a 3.98 grade-point average as a mathematics and physics major.

Mason, a tri-captain, is also making a second consecutive appearance on the third team. A senior defender-midfielder, the Knowle, United Kingdom native has a 3.85 GAA as a finance major. He recorded one assist and was instrumental in Hofstra’s defensive efforts this season.

Hofstra finished 14-4-3 this past season and won the Colonial Athletic Association title for the second consecutive year.

IN THE NICK OF TIME: Vowinkel boosts Hofstra men with late goal to reach CAA semis 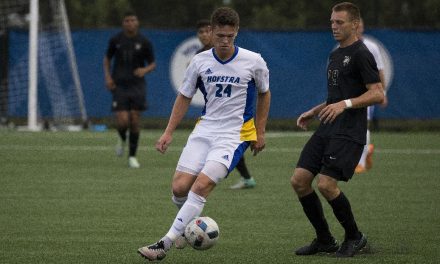