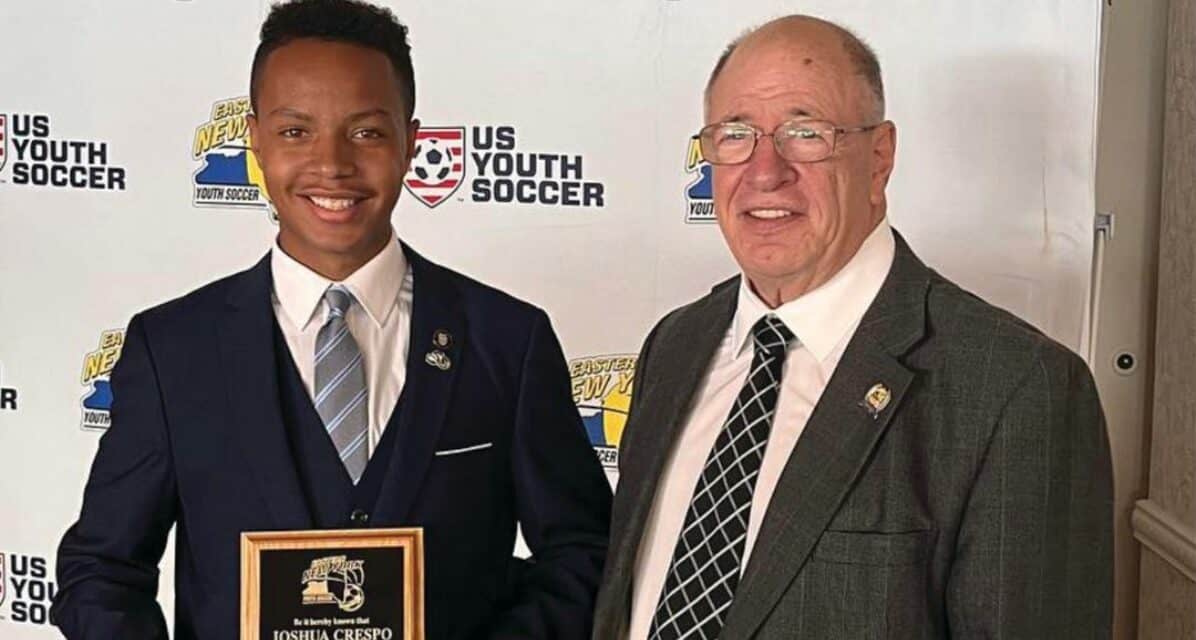 The event celebrated its 50th anniversary at Marina del Rey in the Bronx, N.Y. on Nov. 5.

Crespo, a 15-year-old resident of Shirley, N.Y., has been refereeing for the two years and has quickly ascended up the officiating ladder. He served as a referee and assistant referee of the State Cup finals in LaGrange, N.Y. in June and received the 2022 Rookie Referee of the Year Award from the Long Island Soccer Referees Association.

He was nominated for young referee of the year award by three individuals.

LISRA president Cathy Caldwell and corresponding secretary Cheryl Aronson wrote that “his maturity and professionalism on the pitch is indeed remarkable. His passion for the game inspires him to ask for feedback on his performances so he can continue to improve his craft. He had the opportunity to referee his first MLS Next match at Met Oval and he was confident and professional.”

LISRA recruitment director Marty Foeppel wrote that “Josh has been a great asset to our organization. He attends all our LISRA meetings, sets up the chairs and snacks and greets everyone. He volunteers to help Joe Danbusky with field sessions for the new LISRA Grassroots Referees and he has recruited a few of his friends to become referees. He even mentors them when he can.”

When he is not refereeing, Crespo plays the alto, tenor, soprano and baritone saxophone as well as the flute, clarinet, piccolo, alto flute and bass clarinet.

William Floyd High School music teacher Garry Helbock wrote in his letter that “Josh is intelligent, eager to learn and possesses outstanding musical talent. He is also an enthusiastic student who is amiable and easy to work with. His strong desire to improve and quick sense of humor make him well-liked by his peers and a wonderful student to teach…In all my years of teaching, Josh ranks among the most innately talented and driven people I have taught.”

Interested in following Joshua’s footsteps and earning money as a soccer referee? For more information on upcoming courses near you, please contact State Youth Referee Administrator Piero Olcese at wsropresident@gmail.com. 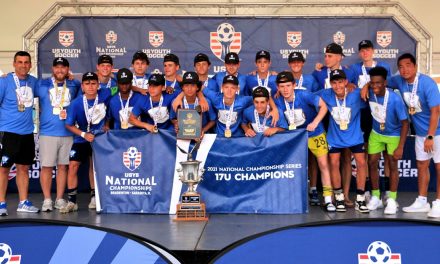 GOT REGISTRATION?: ENYSSA to use GotSport registration platform