MLS SEASON PASS: Here are the details, costs for watching games on Apple

That will introduce an unprecedented subscription service to fans in more 100 countries and regions that features every live MLS regular-season match, the playoffs, and the Leagues Cup, all with no blackouts.

All matches will be available on billions of devices through the Apple TV app on Apple devices, smart TVs, streaming devices, set-top boxes, and game consoles, and the web at tv.apple.com. The launch of MLS Season Pass marks the official kickoff of the 10-year partnership between MLS and Apple a deal that reportedly is $2.5 billion.

St. Louis CITY SC, a 2023 expansion team, unveiled its jerseys for its inaugural season and provided the first look of the Apple TV sleeve patch. All 29 clubs will have the Apple TV patch in a different color, with the rest of the clubs’ jerseys to be shared in the weeks leading up to the start of the 2023 regular season.

“There isn’t a more perfect time to introduce MLS Season Pass, coming off the heels of the most dramatic MLS Cup in history and with MLS as the fastest-growing soccer league in the world,” Eddy Cue, Apple’s senior vice president of Services, said in a statement. “We’re counting down the days to February 2023 when fans everywhere can enjoy MLS Season Pass on billions of devices — all with no blackouts.” 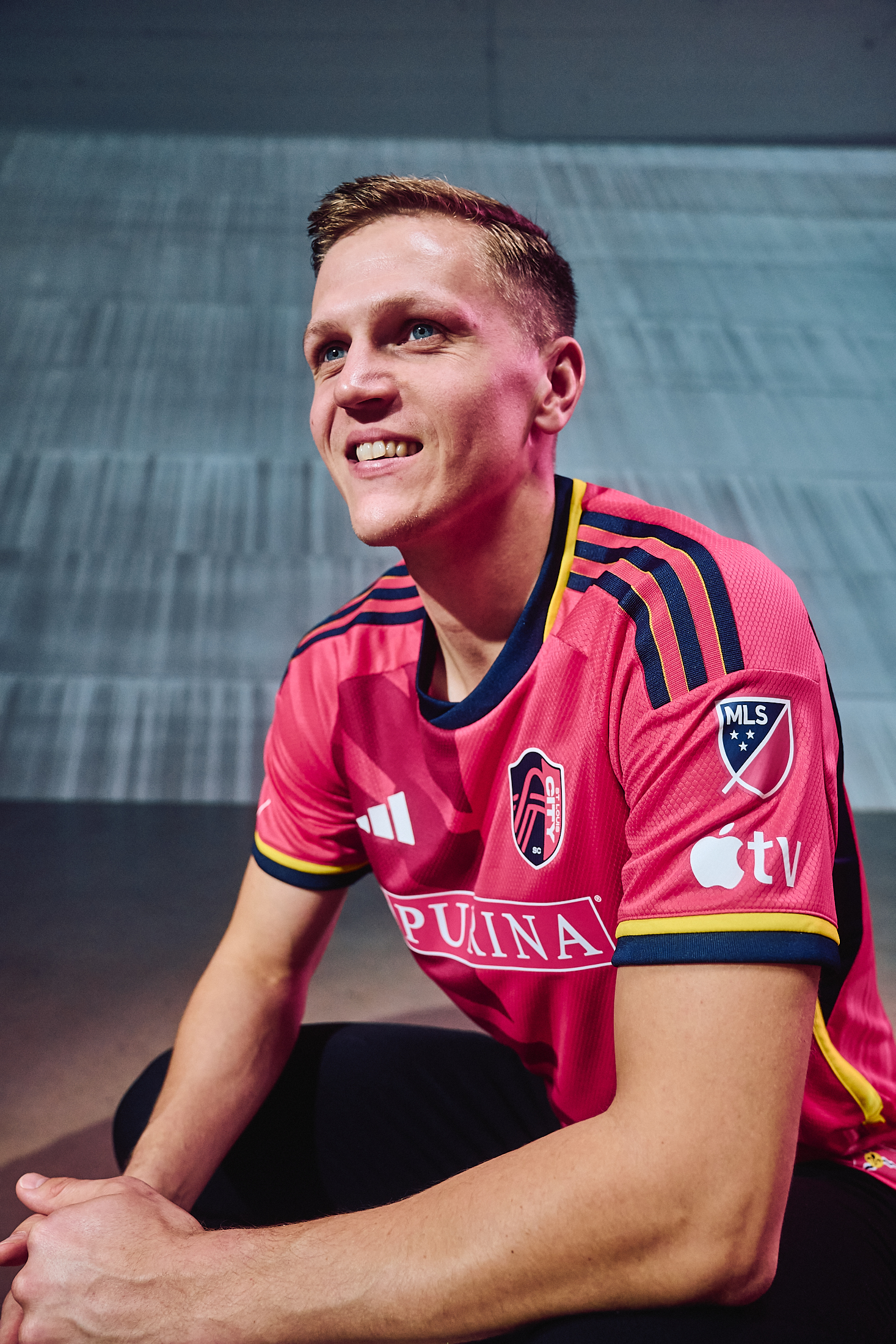 Here is what the Apple TV watch will look like on the St. Louis uniform. (Photo courtesy of MLS)

Added MLS commissioner Don Garber: “We could not be more excited to bring our fans MLS Season Pass, a new home for all MLS matches and a wide variety of league and club content they can’t get anywhere else. We have the most engaged and passionate fans in sports, and now they’ll have every match everywhere with MLS Season Pass.”

MLS Season Pass also will includes hundreds of MLS NEXT Pro and MLS NEXT games. On match days, MLS Season Pass will feature an live match whip-around show so fans never miss an exciting goal or save, as well as game replays, highlights, and analysis. Starting Feb. 1, fans can subscribe to MLS Season Pass on the Apple TV app for $14.99 per month during the season or $99 per season, and Apple TV+ subscribers can sign up at a special price of $12.99 per month and $79 per season.

The MLS 2023 regular season will kick off on February 25. The first home opener to be revealed so far is the 2022 MLS Cup champions Los Angeles FC against the LA Galaxy that will showcase Los Angeles’ marquee soccer rivalry at the Rose Bowl Stadium — the first MLS regular-season match to be played there since 2002. All matches during the “MLS is Back” opening weekend will be available to watch for free on the Apple TV app.

KIT REVEAL: For all 26 MLS teams