The Hofstra University women open up play at the 2022 Colonial Athletic Association Championship with a quarterfinal matchup against top-seeded Monmouth University on Thursday at 3 p.m.

The game will take place at Monmouth’s Hesse Field on The Great Lawn in West Long Branch, N.J.

The game will be streamed live on FloFC with live statistics also available. Links can be found above or on the women’s soccer schedule page on GoHofstra.com.

Hofstra, seeded eighth, enters the championship with a record of 8-7-3 overall and a CAA mark of 3-4-2. The Pride is playing in its 19th CAA Championship in 21 seasons in the league and is making their sixth consecutive appearance. The Pride have won seven CAA titles, including the 2021 championship.

Monmouth won the CAA regular season championship in its first season in the CAA, posting a record of 13-2-2 overall and 6-1-2 in league. The Hawks enter the CAA Championship on a seven-game unbeaten streak (5-0-2). Hofstra and Monmouth played a 1-1 draw during the regular season (Sept. 29) at Monmouth. The Pride went up 1-0 in the 63rd minute on a Petursdottir goal before Summer Reimet tied it up in the 72nd minute.

CAA defensive player of the year Jesi Rossman leads a Monmouth side that allowed 11 goals this season. The Hawks boast a balanced attack with Lauren Karabin posting 14 points on four goals and six assists, Reimet has 13 points on five goals and three assists, and A’Liah Moore has 12 points and five goals and two assists. Karabin was a third team All-CAA selection, while Reimet earned a spot on the CAA All-Rookie squad.

The winning team will advance to play in the CAA semifinals Sunday against the winner of No. 4 Elon University-No. 5 Towson University quarterfinal. The game will be played at Monmouth with a 2 p.m. kickoff. 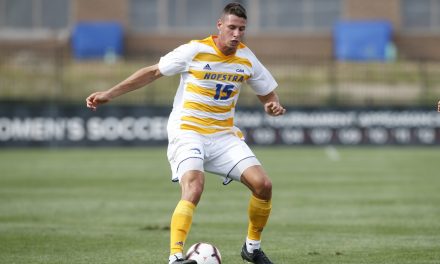 FOR THE DEFENSE: CAA names Hofstra’s Nealis defender of the year 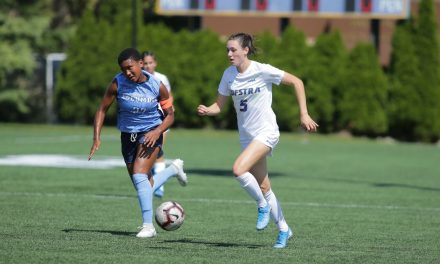