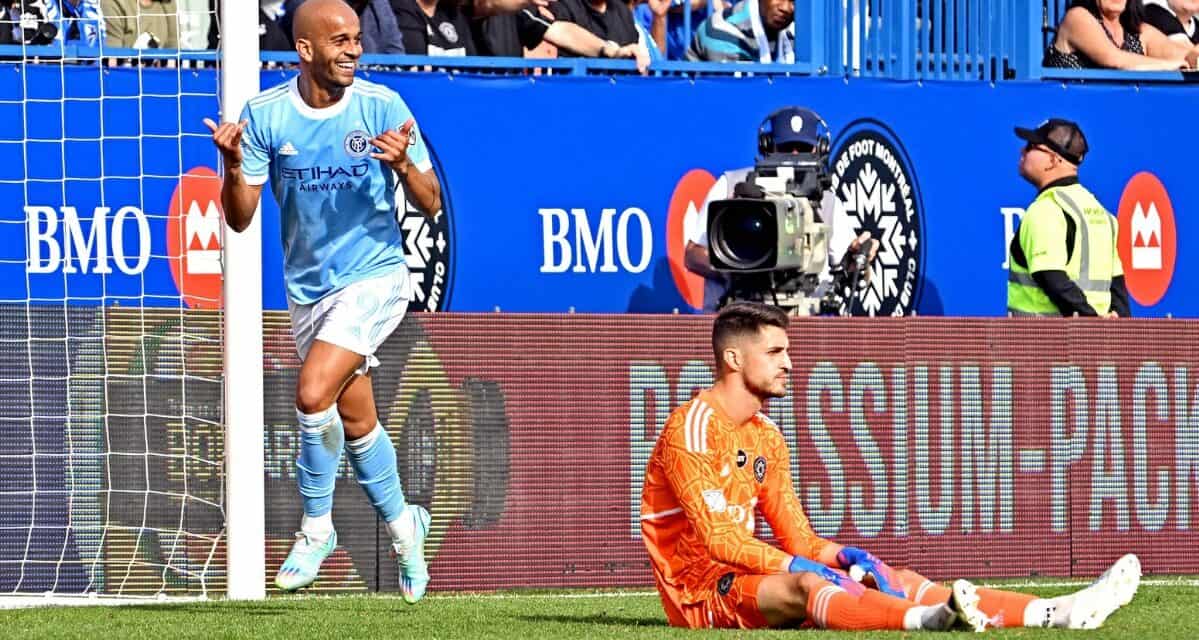 The ecstasy and agony: Heber (9) celebrates his goal against CF Montreal goalkeeper James Pantemis (41) during the first half. (David Kirouac-USA TODAY Sports)

The defending MLS Cup champions are playing like they want to take another season-ending victory lap in a couple of weeks.

Which is a big reason why New York City FC will take on the Philadelphia Union in a rematch of the Eastern Conference final next Sunday.

Making the most of its opportunities, City registered a 3-1 triumph over CF Montreal at Saputo Stadium on Sunday afternoon. It was the Cityzens’ second three-goal win within a week as they dispatched Inter Miami CF on Monday.

Sunday’s encounter matched up third-place Montreal, which finished 10 points above the fourth-place Cityzens in the conference standings.

It didn’t matter to NYCFC, as Maxi Moralez, Heber and Talles Magno found the net as it won its fifth successive playoff road match. Djordje Mihailovic scored for Montreal in the waning moments.

If City can defeat the Union in the conference final again, it will qualify for the league championship for the second consecutive time, on Nov. 5.

It took only six minutes for NYCFFC to celebrate a goal.

Gabriel Pereira had the ball at the right sideline as goalkeeper James Pantemis came out to deny him. Pereira sent a ball into the middle of the box that was touched by a Montreal player. Moralez, standing some five yards out, slotted it home past a few defenders for a 1-0 lead.

The goal woke up Montreal, which had a sluggish start.

In fact, the hosts staged a clinic on attacking for a good portion of the rest of the half.

Then again, Sean Johnson put on a goalkeeping clinic for City.

Twice veteran striker Kei Kamara was denied from knotting up the game, once by a human and by the woodwork.

First, Johnson dove to the right to parry away a six-yard header in the 10th minute.

Six minutes later, the 38-year-old Kamara slammed a shot off the right post.

In the 32nd minute, Johnson continued to frustrated Montreal by diving to the left to knock away Ismael Kone’s header from the top of the six-yard box.

As Montreal threw more players into the attack, City waited to pounce on a counterattack. The Cityzens struck three minutes into first-half stoppage as Heber converted Santiago Rodriguez’s feed into the lower left-hand corner of the net for a 2-0 halftime advantage.

It wasn’t all roses for NYCFC in the first half as it lost center back to an apparent leg injury in the 14th minute, only minutes after Kamara’s first close encounter. That forced the visitors to change their shape from three defenders to a back four after midfielder Keaton Parks came on. They suffered with the change as head coach Nick Cushing hoped his team could survive until halftime.

At halftime, Cushing replaced Moralez with Justin Haak as the team reverted back to three in the back.

NYCFC put the game away in the 61st minutes as Mango converted a penalty kick only three minutes after replacing Heber, rolling the ball into the lower left corner. Pantemis came off his line and upended Pereira on the left side of the box to set up the spot kick, which lifted the lead to three goals.

Mihailovic spoiled Johnson’s bid for a second successive clean sheet, heading the ball past the keeper in the 85th minute. 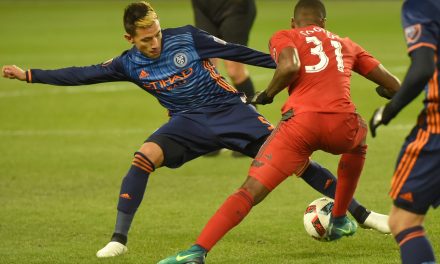 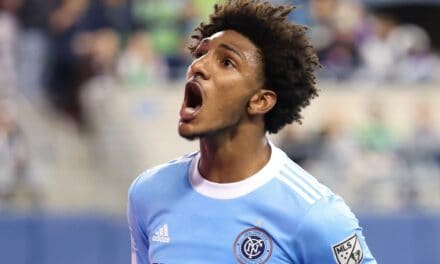 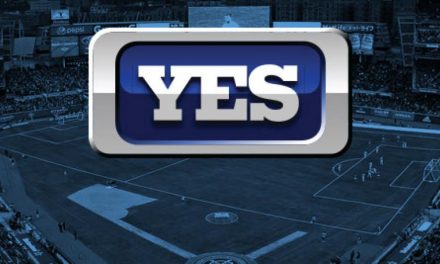