BUTLER DOES IT: Snaps St. John’s men’s unbeaten streak at 4

The St. John’s University men saw their four-match unbeaten streak come to an end, falling to Butler University, 2-1, in a Big East game at Sellick Bowl in Indianapolis, Ind. on Saturday night.

All three of the match’s goals came in the first half. The Red Storm (4-7-4, 2-3-3) dominated possession and recorded numerous scoring chances in the second half, but could not break through. Butler improved to 9-5-1, 4-3-1.

The Red Storm wasted no time getting on the board, taking a 1-0 lead in the third minute. Dribbling the ball just inside midfield, a Butler defender suffered a misstep and lost possession. Nigel Griffith grabbed control and streaked toward the net before being taken down in the box, setting up a penalty kick for Antek Sienkiel. The redshirt junior buried his seventh goal of the season.

Facing an early deficit, Butler quickly responded. It took the Bulldogs just 19 seconds to tie the game at 1-1, as Jack Streberger scored off an assist from Rico Hollenkamp. Red Storm defenders on the field appeared adamant that the play was offside, but the assistant referee’s flag stayed down.

Facing a 9-3 deficit in shots at the intermission, the Red Storm tilted the pitch in its favor at the start of the second half. St. John’s outshot Butler by an identical 9-3 margin over the final 45 minutes, but was unable to equalize.

Butler goalkeeper Gabriel Gjergji recorded all his five saves in the second half.

The Red Storm’s most persistent flurry came between the 66th and 70th minutes, as the Johnnies fired four shots in as many minutes, two of which were on target.

The Johnnies appeared to have pulled even in the 72nd minute on a goal from Wesley Leggett, but the play was negated by the assistant referee’s flag for offside.

The Red Storm will return to action when it hosts the University of Connecticut at Belson Stadium on Saturday.

ON THE SHORT END AGAIN: St. John’s men lose 1-0 for the 4th time this season 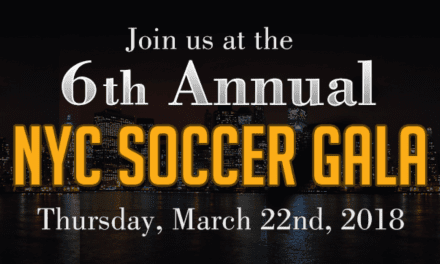