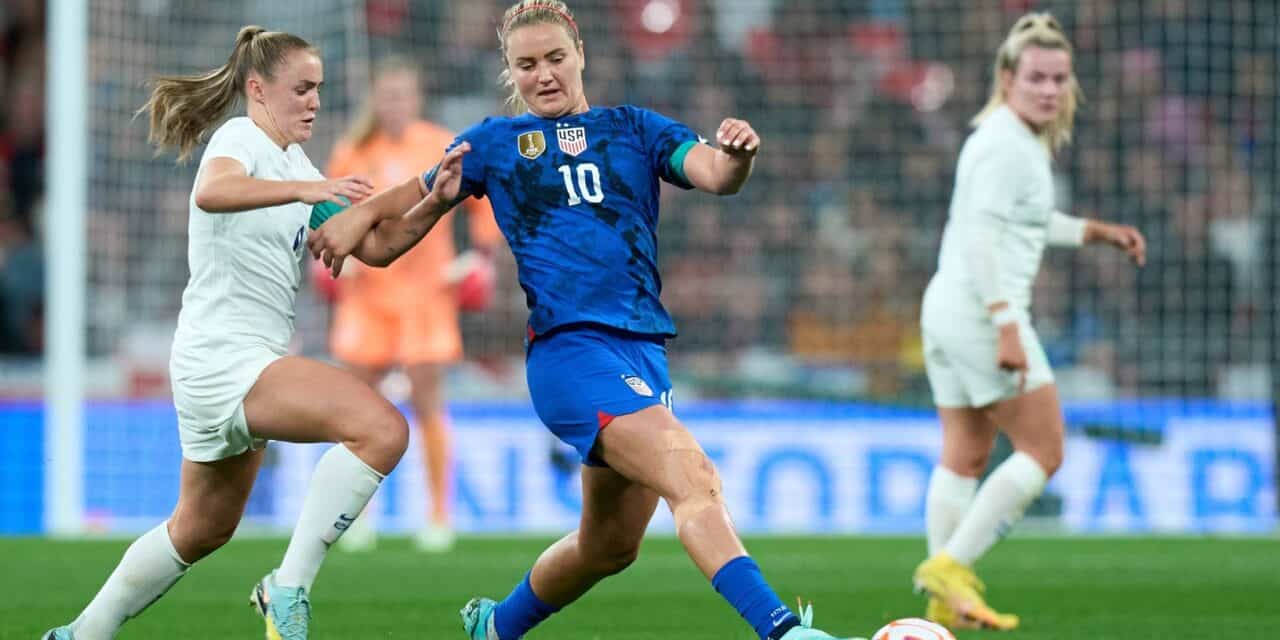 Lindsey Horan, pictured playing against England on Oct. 7: “We’re coming off these two games against England and Spain and you see the competitiveness, how the game is changing and how these teams are evolving.” (Peter van den Berg-USA TODAY Sports)

The U.S. women’s national team might be two-time defending Women’s World Cup champions, but Lindsey Horan is taking nothing for granted.

She knows the team must improve it is wants to win an unprecedented third consecutive world title.

The Americans were rudely reminded of that when they dropped a pair of disappointing results in Europe earlier this month. They lost in England, 2-1, on Oct. 7, and in Spain, 2-0, on Oct. 11.

“I think we have a lot of work to do in the next year,” midfielder Lindsey Horan told FS1 after the 2023 Women’s World Cup draw on Saturday. “We’re coming off these two games against England and Spain and you see the competitiveness, how the game is changing and how these teams are evolving.

“You can talk about all the players we were missing and what not, but we need to be better. We need to learn and grow from these games and even without certain players on the field, we have to adapt and develop this style that we’re going to go in and play in the World Cup. So, hopefully we improve a lot in the next nine months and we have a lot of growing to do.”

Horan, 28, one of the veterans on the squad, has been impressed with several players from the new generation, some who can make an impact on the world stage.

They have made great strides, but there is plenty for them to learn.

“Honestly some of these younger players, you don’t really think they’re that young,” she said. “Like Sophia Smith, Trinity Rodman, these are players that have been playing in the league [National Women’s Soccer League] the past few seasons and are doing really well. They’re mature and they’re growing and coming in and starting so many games for the national team.

“This is exciting for them, but you’re going to a major tournament and for them to see what we’ve had to deal with against Spain and England was huge,” Horan said. “That kind of sets the tone for what the World Cup is going to be like. So, again, I’m really excited for them. I think they’re going to be amazing going into this year and this World Cup and we’ll see what they bring.”

Horan already has circled July 27, 2023 on her soccer calendar. That’s the day the USA meets the Netherlands in Group E match at the 2023 Women’s World Cup in Wellington, New Zealand.

The game will be a rematch of the 2019 WWC final that the two-time defending world champions won, 2-0, and of the quarterfinals of the 2021 Tokyo Olympics in which the Americans prevailed in penalty kicks after playing to a 2-2 draw.

Given the high quality and stature of both teams, that match is expected to determine which team finishes atop the group.

“It’s been a good day,” Horan told FS1 after the USA’s draw was determined on Saturday. “This is exciting and I obviously look at Netherlands for the second game – a little rematch there – but also knowing two of my teammates [from Lyon] that I’ll be fighting against.

“Netherlands is a very good team and one that’s developing a lot, and it’s changed a lot in the last two years or so. And then the opening game against Vietnam, I think that’s great for us to get us going in the tournament and just overall I’m very excited.” 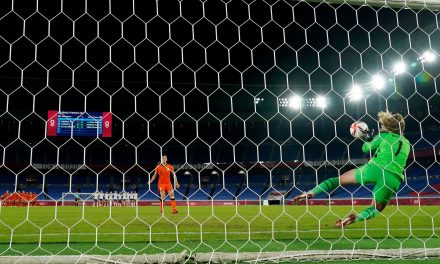 GIVING HER TEAM A BIG HAND: After making 3 vital PK saves, Naeher impressed with the way USWNT grinded out the win 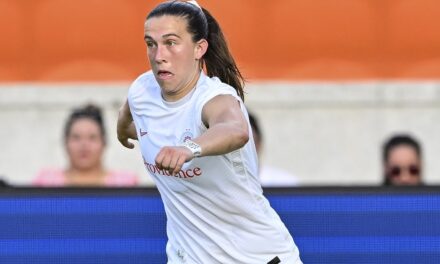