JP Dellacamera will be honored at the 2023 United Soccer Coaches convention. (Photo courtesy of JP Dellacamera)

The award was established in 2020 to provide an opportunity for the association to recognize a media professional for a distinguished career covering the events and issues of soccer in the United States. It is named for Clay Berling, the founder and publisher of Soccer America. Berling is the only person from media to have been named a recipient of the United Soccer Coaches prestigious Honor Award in 1996.
​​​​​
“It is with great admiration that we recognize JP Dellacamera with our third annual Media Career of Excellence Award,” said Ashlee Fontes-Comber, United Soccer Coaches President. “On behalf of our association, we extend our gratitude to JP and his commitment to the game through his thoughtful commentary and dynamic play-by-play.”

The only person in the sport to cover matches for all four major U.S. networks with broadcast positions for ABC, CBS, FOX and NBC, Dellacamera’s expert commentary has accompanied many of the most memorable moments in the modern era of American soccer. He famously called the “Shot Heard Round the World” in 1989 as Paul Caligiuri’s goal helped the U.S. Men’s National Team qualify for its first World Cup in 40 years. Ten years later, Dellacamera was behind the microphone for the 1999 Women’s World Cup final as Brandi Chastain converted the decisive penalty kick to defeat China.

In addition to the highest levels of international soccer, domestically Dellacamera has continued to commentate on professional leagues – including the top levels of men’s and women’s soccer as well as indoor and outdoor teams – for more than four decades. The iconic voice of the Philadelphia Union for the last 13 seasons, Dellacamera has worked Major League Soccer matches since the inaugural MLS campaign in 1996.

Widely respected and renowned within the media industry, Dellacamera was previously named a United Soccer Coaches Honorary All-American in 2009 and received the association’s Presidential Recognition Award at the 2018 United Soccer Coaches Convention. Dellacamera was also recognized by U.S. Soccer with the Colin Jose Media Award in 2018 at the National Soccer Hall of Fame and currently serves as the President of Communications/Media for the Major Arena Soccer League.

The award will be presented on Friday, January 13, 2023, during the United Soccer Coaches annual Awards Banquet in conjunction with its 83rd annual Convention, January 11-15 in Philadelphia, Pa. 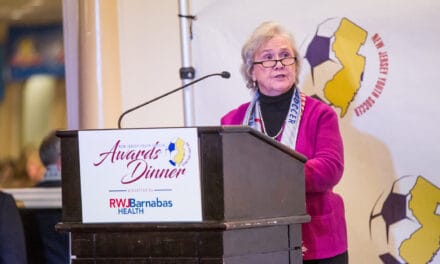 THEY’RE PLAYING HIS TUNE: Sources: Szetela will play for FC Motown in NPSL