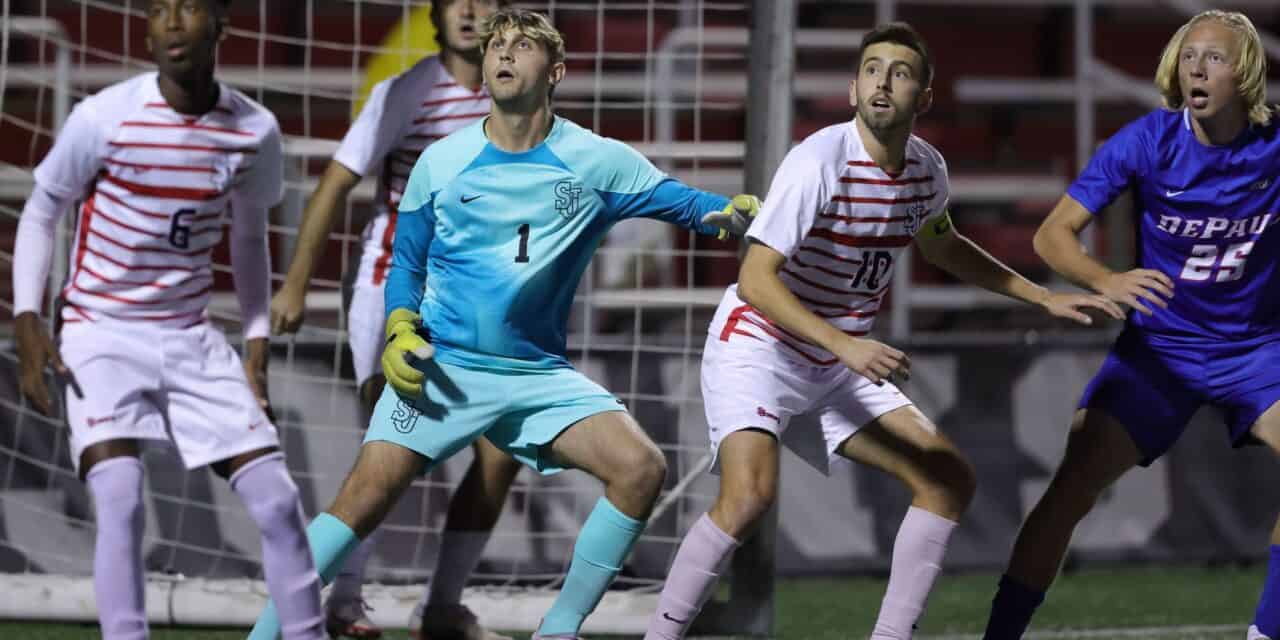 Zenden Hart came on in a pinch for the Red Storm last week. (Photo courtesy of St. John’s)

For the second time this season, St. John’s University goalkeeper Zenden Hart has been named the Big East men’s freshman of the week, it was announced on Monday afternoon by the league office.

In Wednesday night’s win over DePaul University, Hart was a late addition to the starting lineup after teammate Ryan Foley suffered an injury in warm-ups. Despite the short notice, Hart proved exceptional for the Johnnies, making a season-high six saves in the 2-1 victory. The only blemish was on an own goal early in the second half.

Hart’s record stands at 3-3-0. The former Australian youth international boasts a 0.77 goals-against average to go along with an .808 save percentage, both of which rank in the top three of the BIG EAST.

The Red Storm will return to action on Wednesday at 7 p.m. as it travels to Providence College.