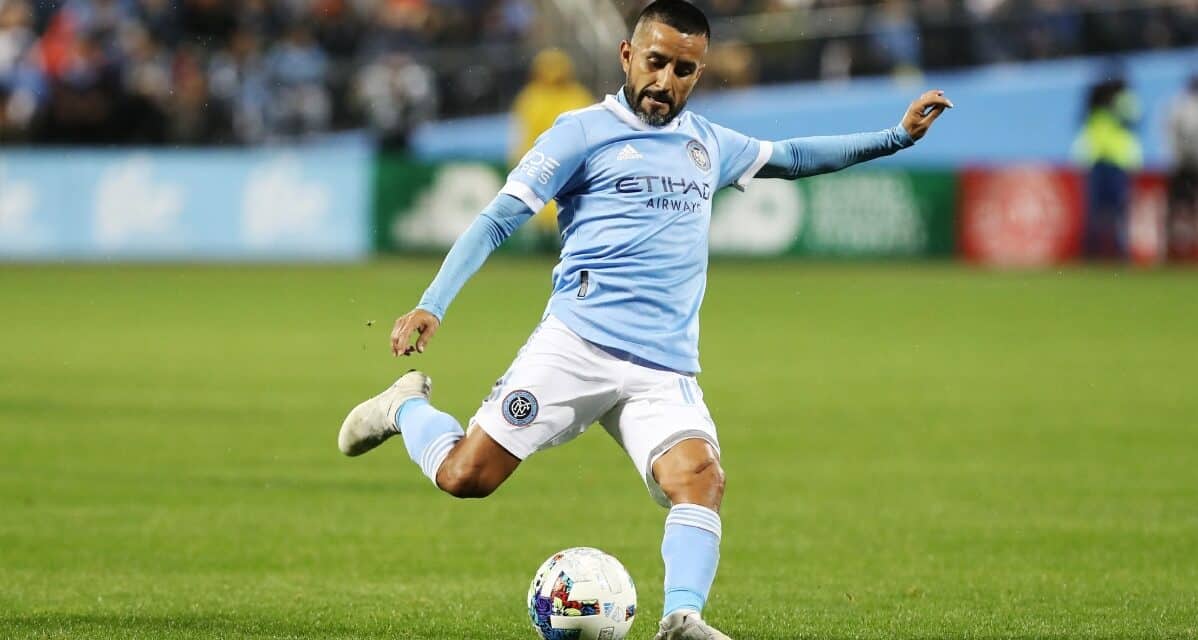 After a frustrating first half in which New York City FC seemingly did everything but score, the Cityzens found the range over the final 45 minutes. They opened defense of their MLS Cup championship with a dominating 3-0 win over an over-matched Inter Miami CF at Citi Field on Monday night.

Garbiel Pereira, Maxi Moralez and Heber provided the goals for City in the first-round playoff match, while goalkeeper Sean Johnson recorded the clean sheet. Santiago Rodriguez set up the first and third goals.

NYCFC will play at Montreal CF in the Eastern Conference semifinals on Sunday at 1 p.m. ET.

The Cityzens owned the first half, but had nothing to show for their efforts, except for three balls off the woodwork. One was by an NYCFC, the other two, incredibly by Miami.

NYCFC came down in waves and the host side was helped by the fact Miami players could not mark up their men very well.

Thiago Martins started it with a header off the crossbar in the 10th minute before the hosts came tantalizingly close to tally the opening goal in the 28th minute. Heber fired the left side that was targeted for the back of the net but center back Aime Mabika headed off the bar. Only seconds later, left back Christopher McVey, trying to clear the ball, headed it off the bar.

Miami goalkeeper Drake Callender was credited with one save, although he certainly had an active first half with so much traffic in and around the box.

Miami’s lone highlight of the half came in the 23rd minute when Gonzalo Higuain, playing in final game, deposited the ball past Johnson from the penalty spot, but there was no goal because he was called offside.

“He’s a special player,” NYCFC interim head coach Nick Cushing said. “One of the great number nines in our game. No special game plan. Just don’t give him space.”

It started to rain in the second half, and it did not affect City’s performance, although Cushing felt otherwise.

“Of course the rain makes the pitch fast and faster pitches is bad for us,” he said. “The other side is a pretty miserable standing out in the rain for an hour and a half. So you have two choices be miserable. Or you just cheer through it.”

Cushing had plenty of reasons to cheer for his team in the final half – actually, three reasons.

NYCFC finally broke through Miami’s porous defense while taking advantage of a Damian Lowe mistake in the 63rd minute. As he fell to the ground, Santiago Rodriguez slipped the ball to Gabriel Pereira, who powered a 12-yard shot that, ironically hit the bar and sailed into the upper left corner for a 1-0 lead.

It didn’t take look for City to double its lead. Veteran midfielder Maxi Moralez finished off a series of passes that were touched by several NYCFC players. Rodriguez fed Moralez with the final pass as the Argentine beat Callender from close range on the right side for a two-goal advantage in the 69th minute. It was Moralez’s third playoff goal.

“He played a incredible game,” Cushing said of Moralez. “Today was a master class.”

Miami continued to leave huge holes all over the baseball pitch, which NYCFC tried to take advantage of with several close calls.

Two minutes into stoppage time, Heber scored off a pair of Miami mistakes as the visitors lost the ball at midfield. Heber shot and Callender could not hold on. So, the Brazilian slotted it into an empty goal. 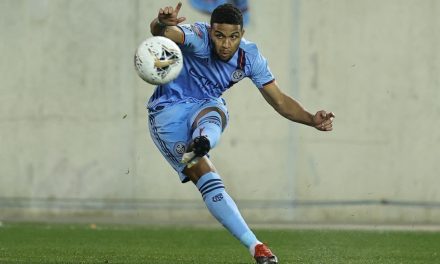 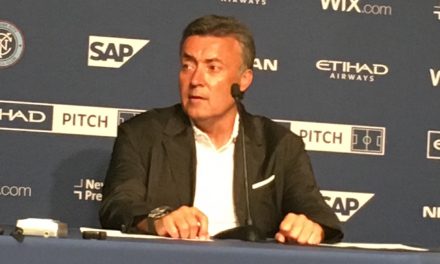 OFFSIDE REMARKS: NYCFC hardly looks like a team that can do damage in the playoffs