THANKS, WE NEEDED THAT: Andonovski: USWNT had to ‘go through tough moments to hopefully learn from it’ 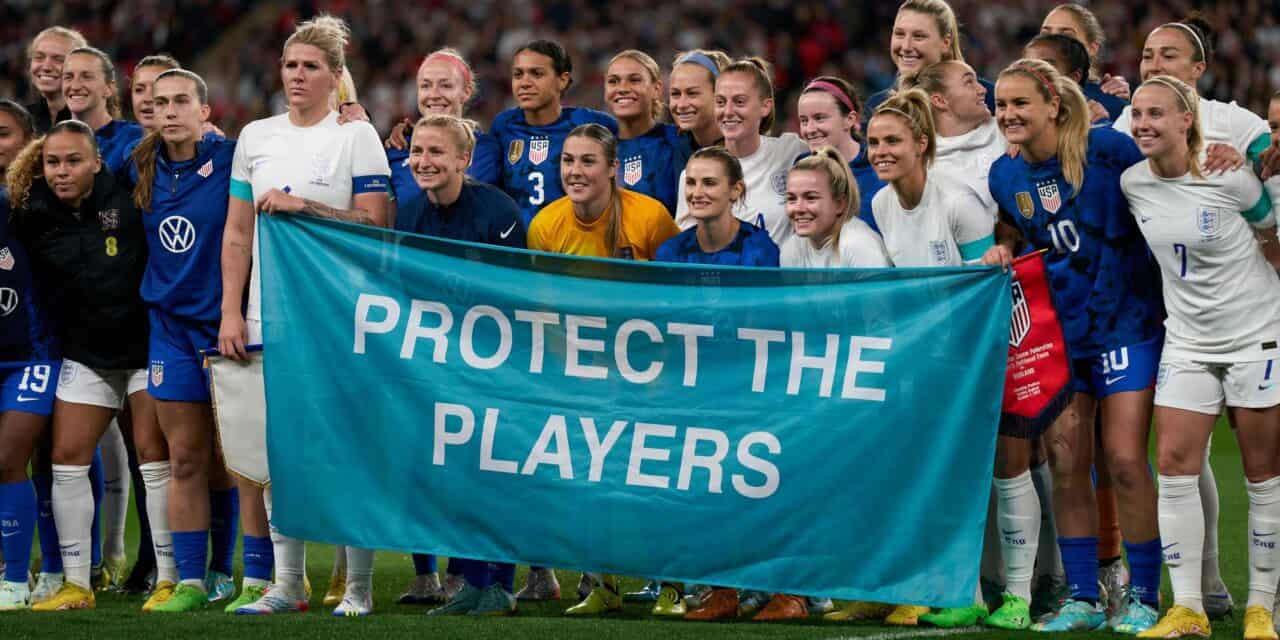 Prior to kickoff, the players on both sides unveiled a banner: PROTECT THE PLAYERS. (Peter van den Berg-USA TODAY Sports)

Sometimes it’s good to lose once in a while.

It humbles a team and grounds them, and that includes the U.S. women’s national team.

The Americans had their 13-game winning streak go by the wayside on Friday, dropping a 2-1 decision to England in what was billed as one of the most competitive friendlies in women’s international soccer.

After all, the USA is a two-time defending Women’s World Cup champions and England recently was crowned European champs.

With the USWNT in transition and trying to give less experienced players an opportunity to play get understand what it is like at the most difficult levels of the game, the confrontation at Wembley was a perfect place for the squad to play.

The young U.S. side was exposed on occasions, and that was just fine for head coach Vlatko Andonovski, who called the match “important preparation” for the 2023 Women’s World Cup.

“They [England] were very well organized, physical and well coached,” he said. “That’s why we came here to experience that. it’s a fairly young squad that needed to see this and go through those tough moments to hopefully learn from it.

“I think this game was very important in the preparation for the World Cup. We wanted enough time to fix areas we got exposed in. We came here to experience a good opponent, adversity and a hostile environment – we got that.”

The World Cup isn’t until next summer, but international friendlies are precious when it comes to preparation, especially ones such as when a quality side as England is the opponent.

“I wouldn’t mind [playing] them in the final again,” Andonovski said with a smile.

Friday’s confrontation capped a difficult week for the USA. Several days ago, the Sally Q. Yates report was released, detailing verbal abuse and sexual misconduct, not just in the National Women’s Soccer League, but in youth soccer as well. Several U.S. players either have experienced it or know teammates who have.

‘Obviously it was an extremely difficult week for everybody. I’m proud of the players to even be on the field. It wasn’t easy,” Andonovski said.

“For some to be in the environment, to see and experience everything they went through, I applaud their bravery,” Andonovski said. “I applaud their fearless mentality. Once again they showed that nothing can stop them playing the game that they love. Very proud of them. Hoping we never have to go through that again.”

In a show of solidarity for the victims prior to kickoff, the players on both teams got together for a midfield photo with a banner that read:

“It was a very special moment when the players got together and had the banner in front of them,” Andonovski said. “It gave me goosebumps to see the support from the fans that applauded that moment I thought that was incredible. It was a statement that we have to stop sexual violence. Once again the players did an incredible job of using this game, this event, as a platform to fight against it.” 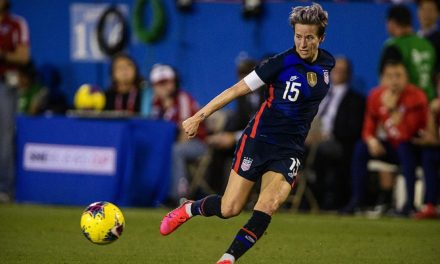 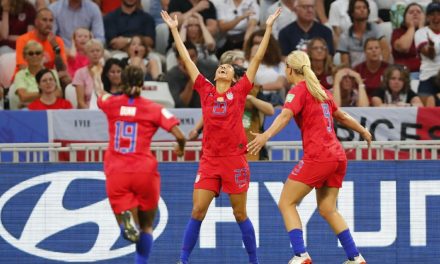 READY FOR ANOTHER TRIP THROUGH THE CANYON OF HEROES: A 2nd ticker-tape parade for the world champion USWNT 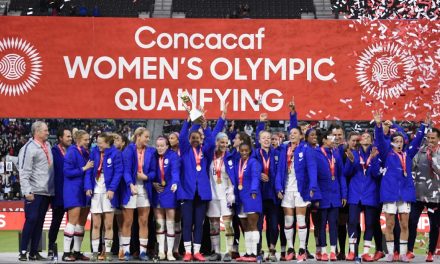 NATIONAL STORY NO. 6: USWNT readies itself for another Olympian task