A MELTDOWN FOR THE AGES: Etienne Jr. strikes twice, dooms Red Bulls to an epic collapse 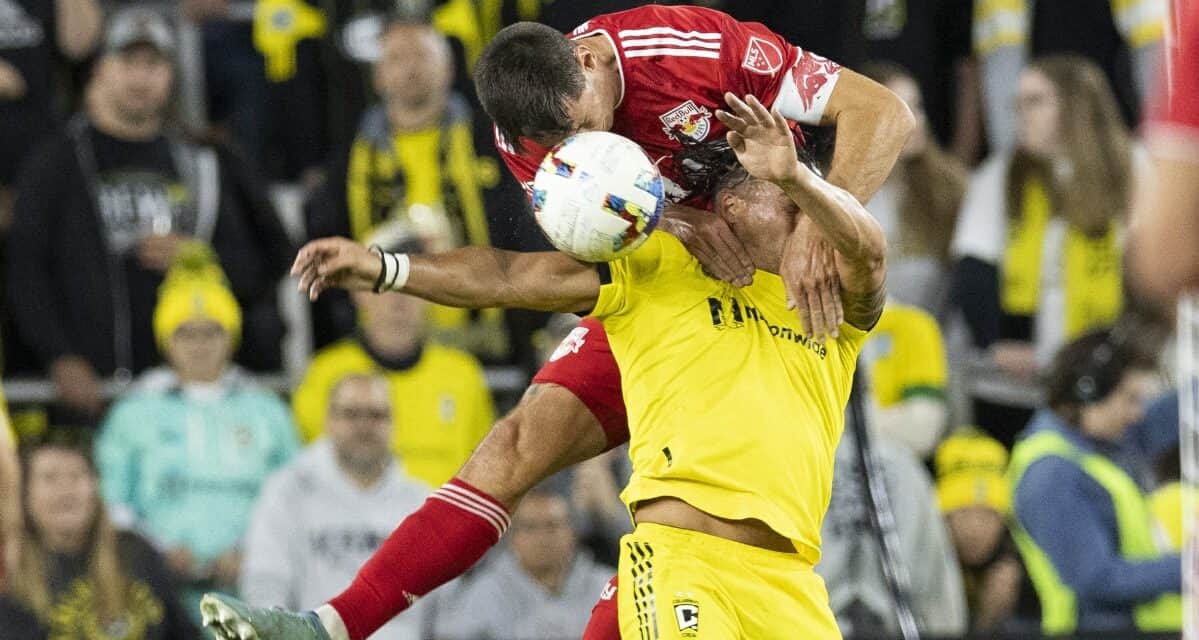 Only minutes away from securing a home playoff match, the Red Bulls staged one of their biggest meltdowns in their 27-year history.

Former Red Bull Derrick Etienne, Jr. struck twice in the waning moments, the game-winner in the third minute of stoppage time to doom the Red Bulls to a distressing and depressing 2-1 defeat to the Columbus Crew at Lower.com Field in Columbus, Ohio on Saturday night.

A win would have secured a postseason game at Red Bull Arena. Instead, the Red Bulls’ fate will be determined against Charlotte FC on Decision Day next Sunday.

Etienne, a second-half substitute who replaced Kevin Molino in the 70th minute, did his damage during a four-minute span late in the match.

He equalized off a Mohamed Farsi feed into the lower right corner the 89th minute.

After goalkeeper Carlos Coronel saved Jacen Russell-Rowe’s shot three minutes into injury time, Etienne slotted the rebound home from five yards on the left side for the game-winner and his seventh goal of the season against a stunned Red Bulls side.

Until the collapse, the Red Bulls played well, which made the result even more confounding.

The Red Bulls held up the lead until their went into a classic collapse.

Both teams were missing key players.

Captain and center back Aaron Long was not even on the bench as he was rested after playing twice for the U.S. men’s national team in friendlies against Japan and Saudi Arabia in Europe. Midfielder Cristian Casseres, Jr. was sidelined with a knee injury.

For the Crew, forward Cucho Hernandez (nine goals, two assists in 15 games) was suspended for the match for using offensive language.

Columbus head coach Caleb Porter decided to have midfielder Lucas Zelarayán begin the game on the bench. Zelarayán (9 goals, 11 assists) endured 43 hours of traveling during the past week, playing for the Armenia national team.

The opening half did not see very many scoring opportunities for either team.

Tolkin tried to use a trick play in the 27th minute, when no one picked up Patrick Klimala on a free kick from the right side. Tolkin, however, booted the ball too hard and Room grabbed it.

Only minutes after he came on in the second half former Etienne gave the visitors a scare by sending a ball just wide right of the net in the 75th minute.

Etienne had an even better opportunity when he fired a shot from the penalty spot well over the bar in the 81st minute.

As it turned out, he was just warming up for a fantastic finish.

Well, actually, it was a pair of fantastic finishes for the Crew and a meltdown for the ages for the Red Bulls. 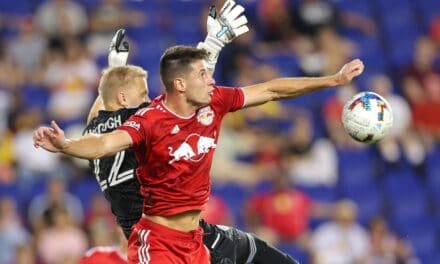 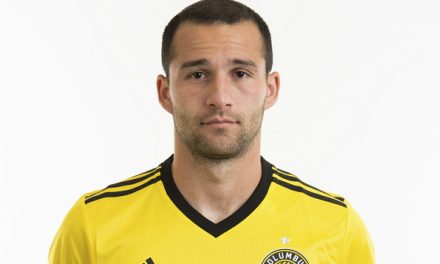 A DILLY OF A SIGNING: Red Bulls ink Duka to a contract 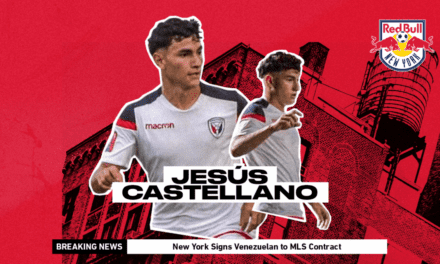 HELPING THEM OUT: Etienne assists on 1st goal in Haiti’s win