Hartford Athletic announced Friday that Dan Gaspar will join the USL Championship club as its goalkeeper coach, assistant coach and director of goalkeeping for the Hartford Athletic Academy.

Gaspar brings a wealth of experience and knowledge to the club. Over the last 30 years, he has been a goalkeeper coach for four national teams – the Iran, Portugal and South Africa men and the U.S. women.

“I am thrilled to officially welcome Dan to our technical staff,” Hartford head coach Tab Ramos said in a statement. “His coaching resume speaks for itself and his spirit for the game is only outdone by his knowledge of it. Having coached with him before, I know the impact he can make and he has already made a great connection with our goalkeepers in his short time working with the club.”

Gaspar had a seven-year run as assistant coach of the Iranian national team from 2011-2018 where he worked with Hartford assistant coach Omid Namazi. The two of them assisted former Real Madrid head coach Carlos Queiroz. Gaspar helped the team reach two World Cups, including a first-place finish in its qualification group and third-place finish in the group stage in 2018 behind Portugal and Spain.

A Glastonbury, Connecticut native, Gaspar also assisted Ramos’ U.S.6 Under-18 side to a Vaclav Jezek Youth Tournament title in the Czech Republic in 2018.

“I’m grateful for the opportunity that Hartford Athletic has presented to me,” Gaspar said in a statement. “I’ve had the privilege of working with coach Ramos and coach Namazi and I have first-hand experience of their quality and work ethic. I couldn’t be more excited to reunite with them in this new and exciting era for Hartford Athletic.”

Gaspar’s Connecticut soccer roots run deep. He played for the University of Hartford from 1974-77, and became the head coach of his alma mater from 2005-10. He directed the Hawks to three consecutive America East Conference tournament appearances and a semifinal appearance. His head coaching stints in Connecticut also included two years with the Connecticut Wolves of the United Soccer League, and a year as the associate head coach at Central Connecticut State University.

“I was born in the city of Hartford and I would not have achieved the career I’ve attained without my experiences here,” Gaspar said in a statement. “I have great memories of training at Colt Park and playing at old Dillon stadium, and it’s time for me to give back on and off the field. There’s no better way to do that than joining the Hartford Athletic family. Thank you to the ownership group and the entire organization for welcoming me to the club.”

“Dan is an exciting addition to this technical staff,” Hartford technical director Ray Reid said in a statement. “I’ve known him for 30 years, and he is one of the best soccer minds I’ve come to know. Having coached an array of players of all ages, Dan is going to make a huge difference with our first team goalkeepers and our academy players by guiding and preparing them for the next level.” 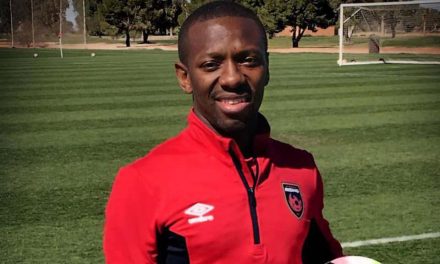 SOME NEW RULES: USL Championship, League One clubs can do non-contact training in small groups

2020 VISION: Penn FC to take next season off to join USL League One