Saturday’s North London Derby features Arsenal, which defeated Brentford, 3-0, on Sept. 18, and Tottenham, who beat Leicester City, 6-2, on Sept. 17 as Heung-Min Son netted a hat-trick. Arsenal sit in first place with 18 points, one point ahead of Manchester City and Tottenham (17). Tottenham is one of two remaining unbeaten teams in the EPL (Manchester City). Peter Drury, Lee Dixon, and Graeme Le Saux will call the action live from Emirates Stadium.

Sunday’s Manchester Derby marks the 188th edition of the match-up and the 19th time NBC Sports will present the fixture. Manchester City defeated Wolverhampton Wanderers, 3-0, on Sept. 17. City’s Erling Haaland, who leads the league with 11 goals this season, has scored at least one goal in each of his last five EPL appearances. Manchester United have won four consecutive EPL matches, including a 3-1 victory over Arsenal in their most recent league match on Sept. 4. Drury and Le Saux will call the match live from Etihad Stadium. Peacock will also present the match in Spanish, with Andres Cantor and Manuel Sol calling the action.

THAT’S ALL FOLKS: NYCFC draws, but is bounced from CCL semis by Sounders 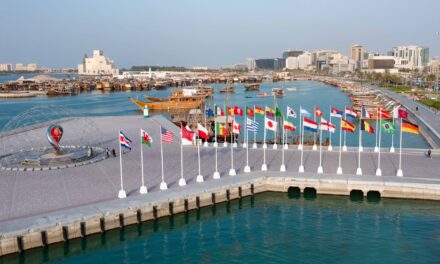