The 23-year-old and native of Sleepy Hollow, N.Y., earned her first call-up to the squadin June, became the 250th woman to earn a cap for the USWNT and the sixth player to play her first USA international this year.

Coffey is the 16th player to earn a cap under head coach Vlatko Andonovski.

“I have to say that what we expected we saw there,” he said. “I thought that she was very comfortable, very composed. And for [a] first cap in front of full stadium in a tight game, I thought that she did a very good job. We saw moments of her understanding of the game and ability to break lines and find our midfielders or forwards in in higher areas.

“Obviously, there were moments where I think she can still grow and that’s that’s mainly on the defensive side of the game. But’s it’s not surprising. It’s something that we’ve highlighted as areas of growth for her and knowing that she had no doubt in my mind that she will get better.”

Coffey plays for the Portland Thorns of the National Women’s Soccer League.

SURVIVING TO PLAY ANOTHER DAY: USWNT get past Netherlands in shootout as Naeher stars; Rapinoe nets winner 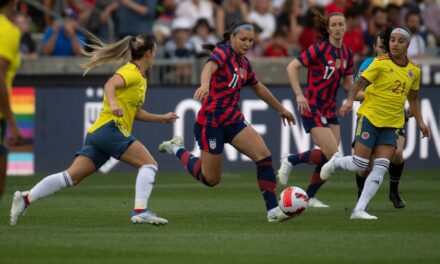