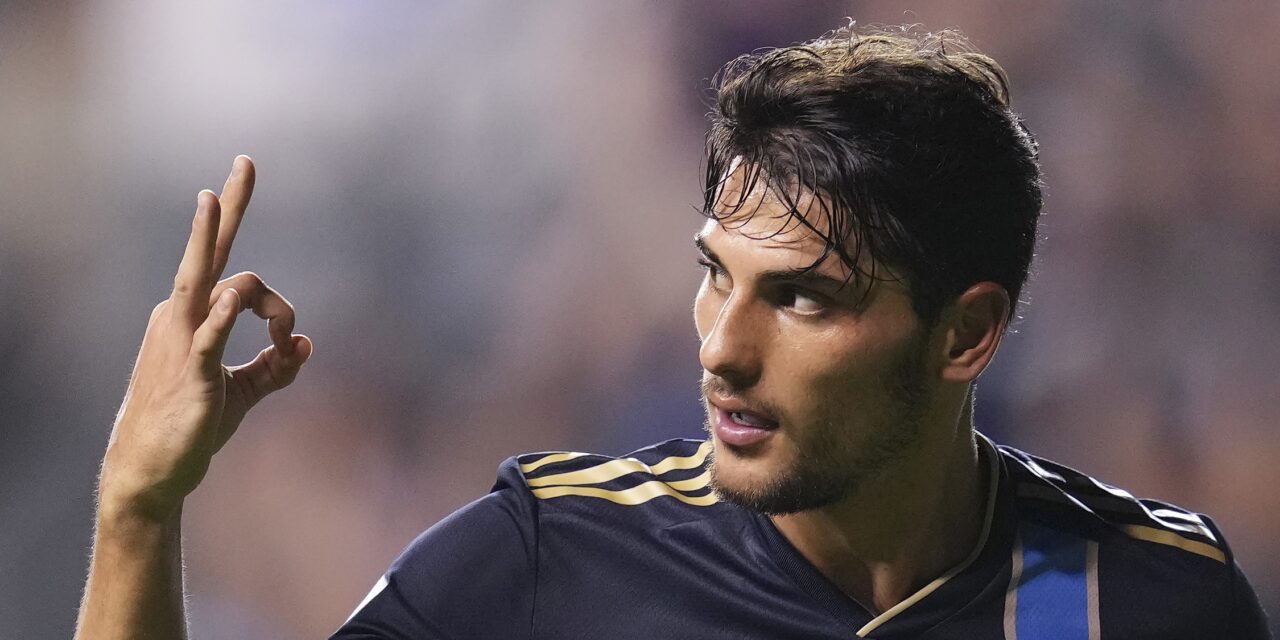 Philadelphia Union forward Julián Carranza was voted the Major League Soccer player of the week for the 19th week of the 2022 MLS season.

Carranza scored his first career hat-trick in the club’s historic 7-0 win at Subaru Park against D.C. United. He was the fifth player in club history to record a hat-trick and the 10th player in MLS to do so this season. Carranza has seven goals in 2022, which is the most by a Union player in their first season with the club since Kacper Przybyłko (15) in 2019.

Philadelphia’s 7-0 win tied the MLS record for the largest margin of victory, and it was the first time in the Union’s history that they scored seven goals in a single match. Carranza was one of three Union players to score multiple goals in the match (Alejandro Bedoya and Mikael Uhre) as Philadelphia became the fifth team in MLS history to accomplish this.

With a 1-0 lead in the 22nd minute, Carranza scored his first goal of the match in spectacular style when Jack Elliot’s scuffed shot from a corner kick popped up into the path of Carranza who hit a terrific bicycle kick from just outside of the six-yard box and into the side netting (Watch Here). The Argentine forward grabbed his second just three minutes later when Dániel Gazdag found Leon Flach cutting into the box, who squared the ball across to Carranza to push into an open net ( Watch Here). Philadelphia led 6-0 in the 70th minute when Cory Burke headed on a Kai Wagner cross that Carranza settled with a touch and then curled his shot around a defender to complete his hat trick with the club-record seventh goal of the match (Watch Here).

Carranza’s seven goals are tied for the fourth-most by a Union player in their first 16 games with the club. His seven goals this season are tied for the sixth most in MLS by a player in their first season with the club and they are already a career high. Additionally, the forward has four assists on the year after having not produced one in his previous 41 MLS games. Carranza’s 11 goal contributions this season are the second most on Philadelphia, behind only Dániel Gazdag (12).

The Union will look to move into first place in the Eastern Conference when they travel to DRV PNK Stadium to face Inter Miami CF on Wednesday, July 13 (8 p.m. ET, MLS LIVE on ESPN+).

The MLS Player of the Week presented by Continental Tire is selected each week of the regular season through both media and fan voting in a process conducted by MLS Communications. A panel of journalists from the North American Soccer Reporters (NASR) comprises 75 percent of the vote, while a Twitter fan vote represents the remaining 25 percent of voting. NASR consists of members of print, television, radio and online media.