ONE OF CAAN’S GAMES: Late actor was a soccer fan 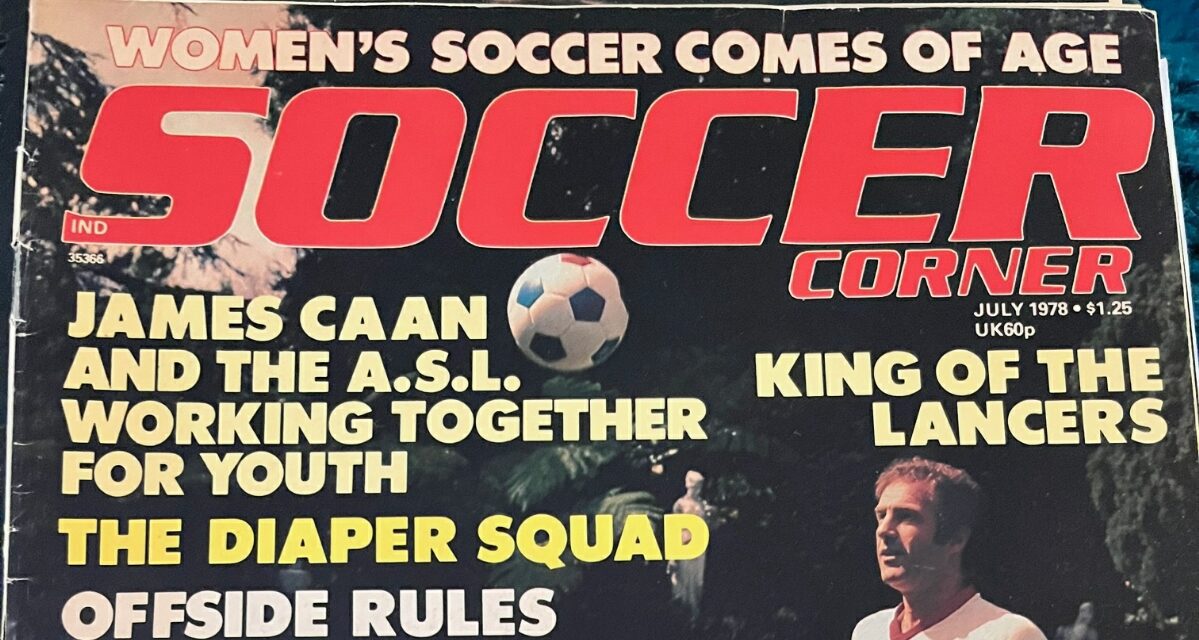 Both photos of James Caan were taken by Julian Baum.

Caan, who passed away at the age of 82 on Wednesday, discovered the sport when he visited West Germany in 1974, according to Soccer Corner.

In fact, he was featured on the cover of the July 1978 issue of magazine playing soccer with several boys and girls from the American Youth Soccer Organization (AYSO) and four “little brothers” of Big Brothers/Big Sisters of America.

In a story authored by editor Lou Gautier, Caan’s interest in the beautiful game began in 1974 when he  shot the movie Rollerball in Munich, West German.

“Caan got his first taste of soccer when German friends took him to the Olympic Stadium to see Bayern Munich play,” Gautier wrote. “Bayern, then the world’s number one soccer club, made an instant convert of Caan, who now rates soccer as one of his favorite sports. There’s little he does not know about Bayern or the Cosmos, and he particularly admires Franz Beckenbauer, the Bavarian turned Cosmos.”

Unfortunately, there were no quotes in the story from Caan.

The American Soccer League arranged for the AYSO players to join Caan and ASL pro players Jimmy Rolland of the Los Angeles Skyhawks and Dee J. Harding of the California Sunshine at the Playboy Mansion. The story called it “Hugh Hefner’s luxurious Holmby Hills estate,” in Los Angeles.

According to the story, Caan put on an ASL shirt and showed off his soccer skills with the children.

“Obviously enjoying himself, Jimmy Caan displayed uncanny expertise for a self-confessed soccer neophyte, who never played the game,” the story said. “Within minutes, he was heading and trapping the ball like a pro and scrimmaging with his youthful playmates in what surely must have been another ‘first’ for soccer, as it is doubtful whether soccer had ever been played before at the Hefner estate.”

It must be noted that photo shoot transpired 44 years ago in what was a different time and era.

Given what we have learned about the goings-on at mansion over the past several years, photos taken at that notorious place would be out of the question today.

Besides Rollerball, Caan also starred in The Godfather, considered by many to be the greatest movie ever made, and in the TV movie Brian’s Song, among many other films and projects.

Both photos were taken by Julian Baum.

LOOKING BACK: At the four Red Bulls draft picks