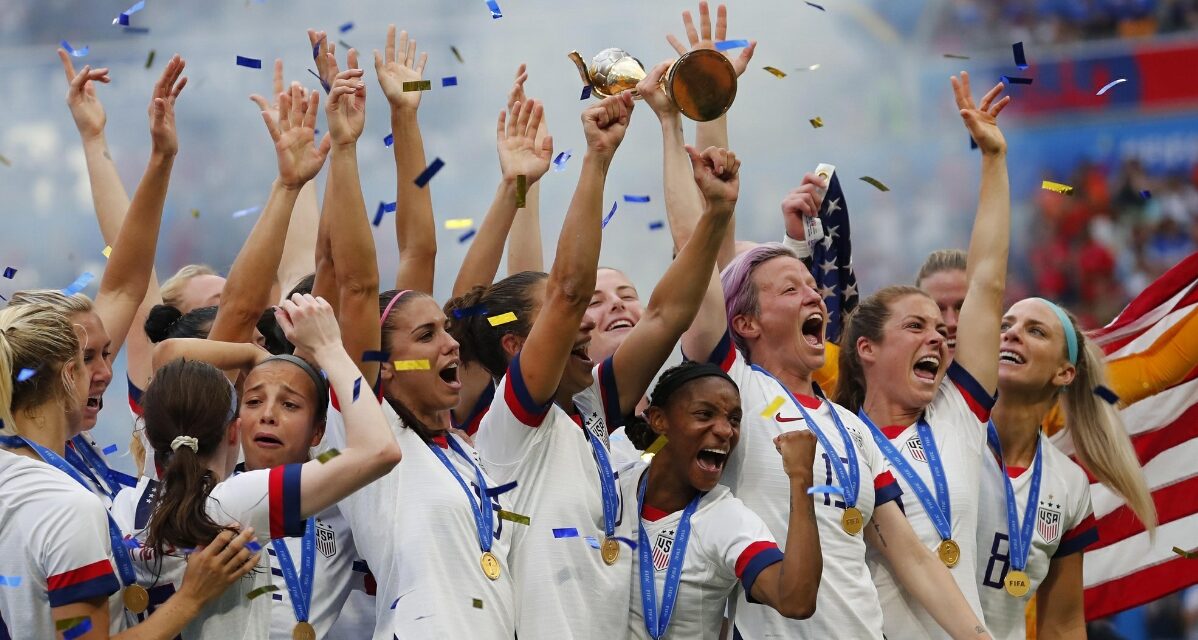 Hours after polishing off Jamaica, 5-0, in its Concacaf W Championship Group A match, the U.S. women’s national team secured a berth to the 2023 Women’s World Cup.

The Americans reached its ninth World Cup after Haiti defeated Mexico, 3-0, in the second game of a doubleheader in Monterrey, Mexico on Thursday night. The secured a top-two finish in the group which guaranteed its spot in Australia/New Zealand.

The USA became the 12th nation to qualify for the world championship, joining co-hosts Australia and New Zealand, Korea Republic, Japan, China PR, Philippines and Vietnam from Asia and Sweden, France, Denmark and Spain from Europe.

The result came three years to the day after the USA won its record fourth World Cup title in 2019, defeating the Netherlands, 2-0, in the final in Lyon, France on July 7, 2019.

The U.S. sits with six points from two games while Jamaica and Haiti have three points each and will play for a World Cup berth on Monday (9 p.m. local / 10 p.m. ET on Paramount+ and ViX). Haiti, due to a superior goal difference, needs a draw against Jamaica to secure at least second in the group while Jamaica would need to beat Haiti to secure a guaranteed World Cup berth. Jamaica made its World Cup debut in 2019, becoming the first Caribbean nation to qualify for a Women’s World Cup. Haiti has never qualified for a world championship in women’s soccer at the senior level, but played in the 2018 Under-20 Women’s World Cup.

Mexico has been eliminated from qualifying automatically for the World Cup and would need to defeat the USA in the final match of Group A to have a chance to finish third and earn a berth to the 10-team inter-confederation playoff that will send the final three teams to the World Cup.

FIFA will conduct the World Cup final draw on Oct. 22 in Auckland/Tāmaki Makaurau for the first 32-nation Women’s World Cup, which will be staged at 10 stadiums – six in Australia and four in New Zealand – from July 20-Aug. 20, 2023.

The winner of the Concacaf W Championship earns an automatic berth to the 2024 Paris Olympics while the second and third place finishers will playoff next year for Concacaf’s second and final Olympic berth.