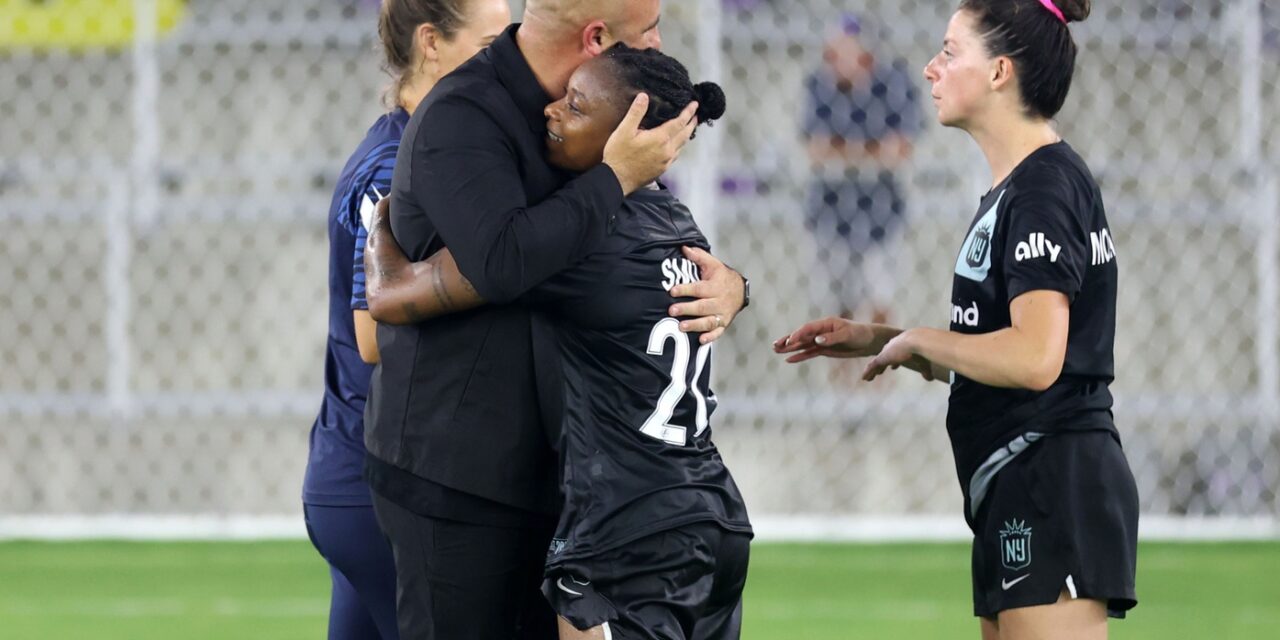 Forward Taylor Smith, playing in her second game with the National Women’s Soccer League team after she was picked up off waivers, scored in the 80th minute to snap a tie to give FC Gotham FC a 2-1 win over Racing Louisville FC in Louisville, Ky. on Friday night.

“Really proud of the team. They don’t stop wanting to get better and pushing us as a staff to be better,” Gotham head coach Scott Parkinson said.

Gotham FC Ashlyn Harris made an important save on a free-kick from just outside the 18-yard box by Racing Louisville FC (2-5-4, 10 points) in the 12th minute, as Gotham FC’s (4-5-0, 12) defense held off Louisville’s constant assault.

The visitors broke through in the 26th minute after Paige Monaghan scored on the counterattack from 18 yards to give Gotham a 1-0 lead to end a three-game scoring drought. Midfielder Delaine Smith set Monaghan up for her first goal of the season with a pass in transition.

“I’m just so thankful for my team,” Monaghan said. “Obviously, it’s frustrating not scoring, and felt it a lot. But my teammates, coaches, and my family and friends just constantly believed in me as well as me believing in myself.”

Gotham FC held off Louisville for a 1-0 halftime lead. Harris produced another save in the 50th minute.

Smith nearly added to the lead on the counterattack in the next minute, beating three defenders, but was unable to putit in. She had another chance in the 65th minute but was saved by the goalkeeper.

Following a Gotham FC giveaway in its half, Savannah DeMelo scored to tie it at 1-1 in the 67th minute.

Smith finally broke through in the 80th minute, off a pass from midfielder Nahomi Kawasumi She recently was picked up off waivers from NC Courage.

“So proud of her,” Parkinson said of Smith. “She’s given us so much energy. She’s such a special player and we’re glad to have her here.”