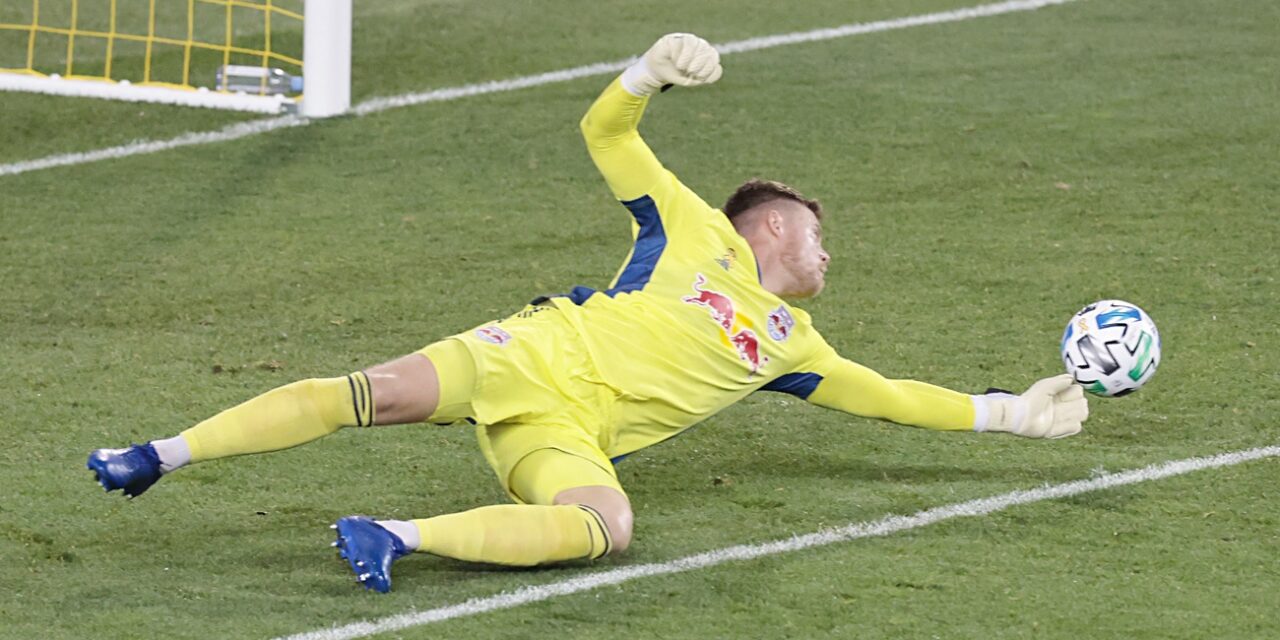 David Jensen making a save against Montreal in 2020. (Vincent Carchietta-USA TODAY Sports)

The Red Bulls have mutually agreed to terminate the contract of goalkeeper David Jensen, the MLS club announced Thursday.

Jensen, 30, joined the Red Bulls in February of 2020 and made 11 appearances for New York, while recording one shutout and 25 saves. Jensen spent the previous four seasons with FC Utrecht, where he made 145 appearances.

The Hillerød, Denmark native spent the last year on loan with K.V.C Westerlo, where he made 26 appearances and recorded 10 shutouts.

The Red Bulls will return to action on at TQL Stadium to battle FC Cincinnati on Saturday at 7:30 p.m.

CHRIS IN CHARGE: Armas will run Red Bulls show while Marsch is in Europe