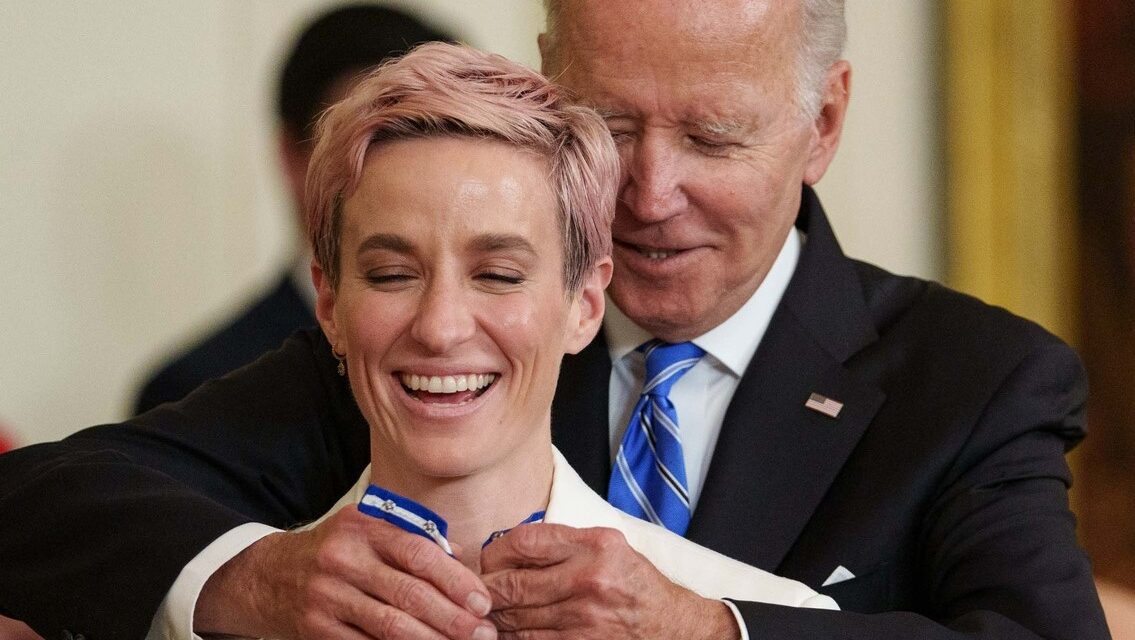 But she had a note for her absence – from the President of the United States of America.

Rapinoe was in Washington, D.C. receiving a Presidential Medal of Freedom from President Biden at the White House.

The 37-year-old Rapinoe was honored among 17 U.S. citizens in special ceremonies.

“Beyond the World Cup title to Olympic medals, Megan is a champion for essential American truth that everyone is entitled to be treated with dignity and respect,” Biden said. “She helped lead the change for perhaps the most important victory for anyone on our soccer team or any soccer team: equal pay for women.”

Rapinoe, who was the first soccer player feted with the award, also honored Brittney Griner, as she had a “GB” embroidered on her white lapel. Earlier in the day,, Griner pleaded guilty to bringing vape cartridges containing oils from cannabis through a Moscow, Russia aiport. The WNBA star could face up to 10 years in prison.

“BG is being used as a political pawn and we need to bring her home immediately. This plea doesn’t change that @potus needs to and is working hard to get her home,” Rapinoe wrote on Instagram. “From what I understand she had to plea to keep the process of getting her home asap in motion. BG we are with you.”