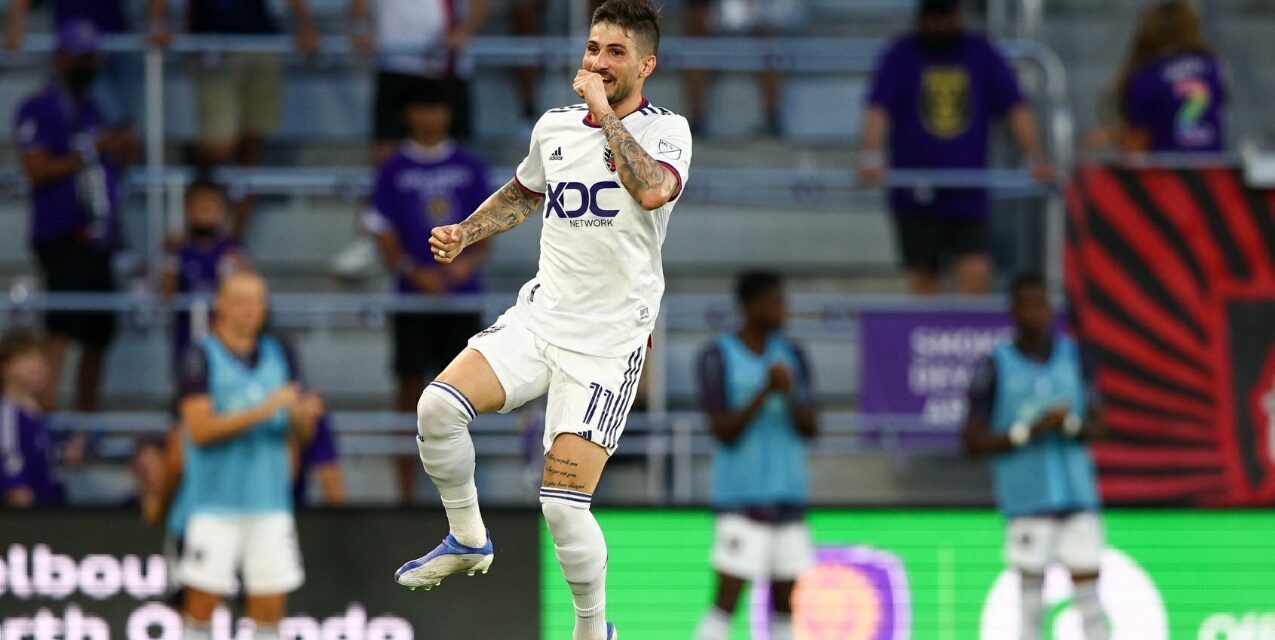 D.C. United forward Taxiarchis “Taxi” Fountas was voted the Major League Soccer Player of the Week for the 18th week of the MLS season.

Fountas scored his first career hat-trick in the club’s 5-3 win on the road against Orlando City SC (Watch Highlights from His Performance Here ). He is the ninth player in MLS this season to score a hat trick and joins Ola Kamara (September 16, 2021) as the only D.C. players to record a hat trick since the start of 2020. In his first 10 MLS games, Fountas has 12 combined goals and assists (nine goals, three assists), which is tied for the most in MLS history by a player in his first 10 career matches. His nine goals are tied for the third-most by an MLS player in their first 10 contests.

Just five minutes into the match, D.C. broke on the counterattack with Chris Durkin charging into the box and then playing a pass across to Fountas, who placed a one-timed shot into the side-netting (Watch Here). Three minutes later, Michael Estrada got loose down the right flank, brushed off a defender and fizzed a ball into the six-yard box that Fountas comfortably flicked with a neat backheel finish for his second goal of the game (Watch Here ). With D.C. leading 2-0 in the 51st minute, Fountas completed his hat trick from a free kick as Julian Gressel rolled the ball into his path, and he blasted a shot underneath the wall and past the Orlando goalkeeper for his third goal of the match (Watch Here).

Fountas’ nine goals are tied for the fourth most in MLS this season and his 1.14 goals per 90 minutes ranks as the best in the league (minimum 500 minutes played). With his brace in the first eight minutes, the Greek international became the first player in D.C. United history to score twice in the first 10 minutes of an MLS match. Fountas is one of four players in the league to record at least three multi-goal games this season.

D.C. will kick off Heineken Rivalry Week when they travel to Subaru Park to face the Philadelphia Union on Friday, July 8 (7:30 p.m. ET, ESPN / ESPN Deportes).

The MLS Player of the Week presented by Continental Tire is selected each week of the regular season through both media and fan voting in a process conducted by MLS Communications. A panel of journalists from the North American Soccer Reporters (NASR) comprises 75 percent of the vote, while a Twitter fan vote represents the remaining 25 percent of voting. NASR consists of members of print, television, radio and online media.