SOME INTERESTING FACTOIDS: About the USWNT after its WCQ win 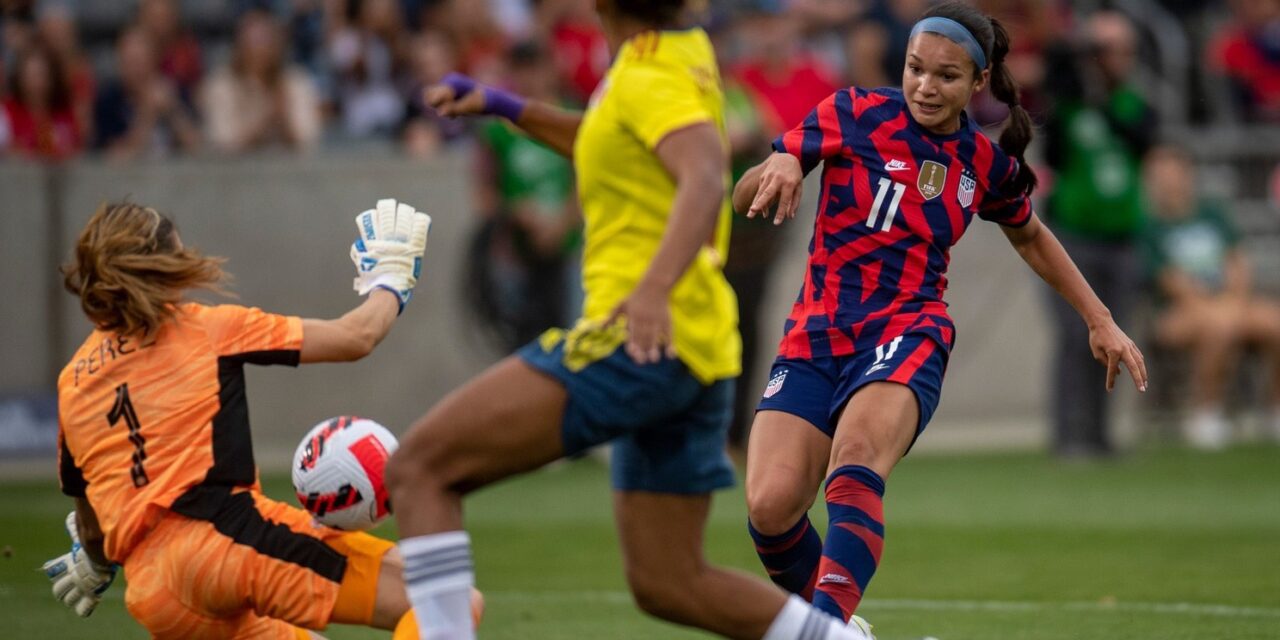 Sophia Smith, Emily Fox, Alana Cook, Casey Murphy, Sofia Huerta, Ashley Sanchez, Kristie Mewis and Midge Purce – all except Mewis having fewer than 20 caps – made their first appearances for the U.S. women’s national team in a Women’s World Cup or Olympic qualifier in the 3-0 win over Haiti on Monday night.

Murphy earned her sixth career cap and her fourth appearance of 2022. Murphy, who earned her first cap with the USWNT just seven months ago in a 3-0 victory over Australia in Sydney on November 27, now has five clean sheets in her six career caps.

Cook made her seventh start of 2022 in her 11th international appearance overall.

Smith, the youngest player in this Starting XI at 21-years-old, earned her 17th cap overall.

Fox earned her 15th cap for the USA and has now played in 11 of the USA’s 12 matches since the October 2021 FIFA window, making 10 starts during that span. No player has appeared in more matches for the USA over the last 10 months.

Becky Sauerbrunn captained the USWNT for the 33rd time in her 204th international appearance. This was Sauerbrunn’s 18th start and 19th cap for the USA at a Concacaf Qualifying event, having played in World Cup Qualifying in 2010, 2014 and 2018 and Olympic Qualifying in 2012, 2016 and 2020.

O’Hara earned her 155th cap, moving into a tie with Michelle Akers and Christen Press for 22nd on the USWNT’s all-time caps list. O’Hara is competing in her sixth Concacaf Qualifying tournament, having played in Olympic Qualifying in 2012, 2016 and 2020 and World Cup Qualifying in 2014 and 2018. She has one goal and four assists in 16 Qualifying appearances.

O’Hara registered her 21st career assist and second of 2022 on Morgan’s first goal.

Mallory Pugh became the 49th player in USWNT history to reach 75 caps. At 24 years and 66 days old, she is the youngest player to reach the milestone since Heather O’Reilly did so in 2008 at age 23. This was Pugh’s 10th cap overall in Concacaf qualifying and her first since World Cup qualifying in 2018.

The assist on Alex Morgan’s first goal was Pugh’s team-leading sixth assist of 2022. Pugh’s six assists are tied for her most ever in a calendar year with the USWNT, previously reaching the mark in 2018 and 2019.

This was Morgan’s first multi-goal game since scoring a hat trick vs. Paraguay on Sep 21, 2021.

Midfielder Andi Sullivan made her seventh start of 2022 in her 29th international appearance overall. This was Sullivan’s second appearance for the USA in a Concacaf Qualifying event, starting and playing the full 90 minutes against Panama during 2020 Olympic Qualifying.

TAKING ON ONE OF THE BEST: Monmouth men visit No. 25 Umass Lowell

LOUSY VS. LOUDOUN: Red Bulls II drop home opener after stumbling in the 2nd half