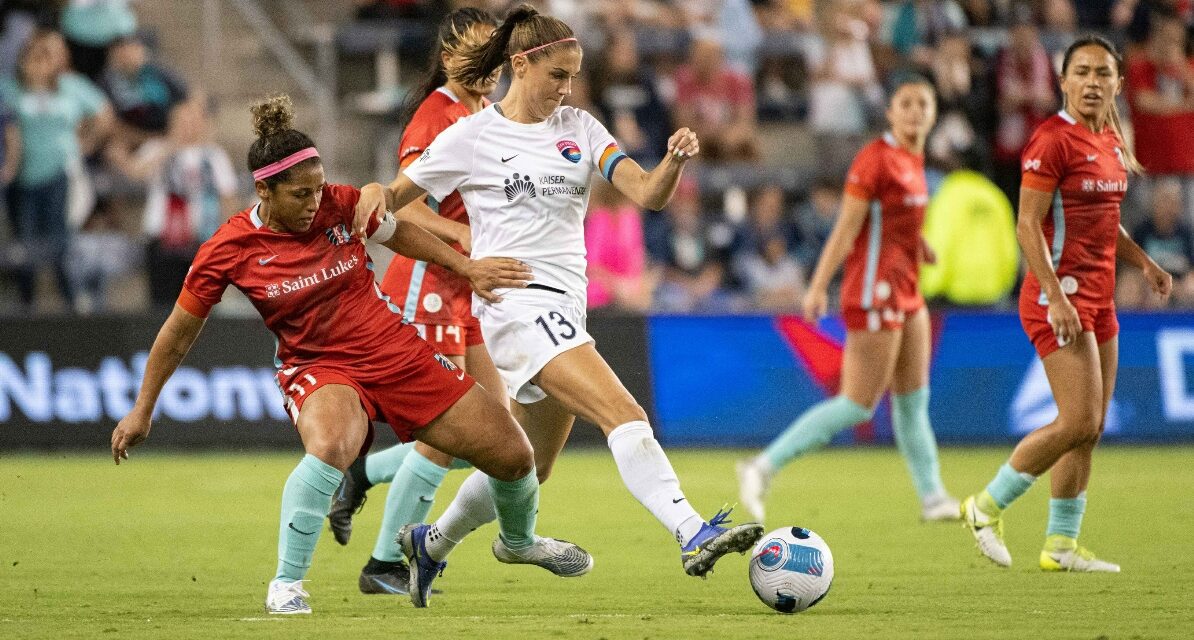 If it wasn’t for the veteran striker, who knows how the U.S. women’s national team would have fared in its 3-0 win over over Haiti in the opening match of the Concacaf W Championship at Estadio Universitario in Monterrey, Mexico on Monday night.

Morgan struck for the first two goals to offset a rather mediocre and bumpy performance, at least by American standards in the Group A encounter.

If the USA performs like this in its final Group A match against Mexico or against Canada in the semifinals or final, the team could be in trouble. There is a lot to improve on.

At least numerically it looked like a big win for the reigning world champions, who are trying to qualify for the 2023 FIFA Women’s World Cup and the 2024 Paris Summer Olympics in this tournament.

Goalkeeper Casey Murphy, playing in her sixth international match, recorded the shutout. It was the USA’s 30th clean sheet in 34 World Cup qualifiers since 1991.

USWNT head coach Vlatko Andonovski had mixed feeling about the result. He certainly was going to take the three point, but he realized there was much to improve on.

“The first thing I liked the fact that we won the game, and even though with a little luck we ended up with a shutout,” he said. “Those are definitely things I like. I guess the third thing that I liked was to see Alex extending her form and scoring two goals. On the other side, we gave off a lot of opportunities gave up s penalty kick. That’s something that we’re going to have to do better and tied up for the next game.”

The Americans had several decent scoring opportunities but couldn’t put them away outside of Morgan’s and Midge Purce’s goals.

“We’re happy that we created opportunities, obviously not happy that we didn’t finish them,” Andonovski said. “We played against a really good disciplined team with some world class individuals. I think that [Melchie] Dumornay and [Roselord] Borgella are amazing players. They’re powerful. They’re technical. They’re knowledgeable. They’re players that can change the game in a split second. And so for us, it was actually good to see a side of it like that, because I think it will prepare us for the future games.”

Andonovski said his team did not enter the match overconfident against Haiti, which is 60th in the latest FIFA rankings.

“First, I don’t think the rankings match the quality of the team that Haiti is,” he said. “I think the only reason why they’re as low as they are is because they haven’t had a chance to play against better opponents. Otherwise, they deserve to be a lot a lot higher than it showed me.

“The second thing is there was absolutely zero percentage of overconfidence. We were overly prepared to maybe give them a little too much respect from the from the get go because we knew who are we facing. We do have a tremendous amount of respect for the for the team.”

The USA looked disjointed, particularly on attack in the early going, as passes were off their mark.

Morgan made sure the Americans got on track as she back heeled home a Mallory Pugh feed from the right side to lift the USA into a 1-0 lead in the 16th minute. It was Morgan’s first international goal since last October.

Only seven minutes later, the Angel City FC striker doubled the U.S. margin as she found room between two defenders headed in right back Kelly O’Hara’s cross from seven yards.

This time, it’s a header from @alexmorgan13! ✌️

Morgan has 10 Concacaf World Cup qualifying goals and 117 internationally. It also was her first multi-goal game since Morgan tallied five times in the 2019 Women’s World Cup opening win over Thailand.

Haiti had a golden opportunity to cut the lead in half in the 42nd minute after defender Emily Fox took down Melchie Dumornay in the penalty area after she beat U.S. captain Becky Sauerbrunn on the dribble. Roselord Borgella, however, slammed her attempt off the left post as goalkeeper Casey Murphy dove in the opposite direction.

That was a good luck for both USA center backs.

“I don’t know if there was a there was a miscommunication or anything in between our center backs,” Andonovski said. “I would say it was the really good play of the attackers on the on the other team. … If you give them a little space or little time, that will expose your team, expose any team, any defenders. Those are things that I was talking about that we need to tie it up. We’re going to have to do better because it’s not going to be any easier against Jamaica with players like like a Bunny Shaw or Jody Brown. that’s another group of world class forwards.”

The Caribbean side dodged a giant bullet in the 45th minute when the referee awarded Borgella a red card for a high kick foul on O’Hara. However, the call was overturned by the Video Assistant Referee (VAR) and the red was rescinded to a yellow card.

Who knows how the Haitians would have fared playing a woman down for the final 45 minutes.

Purce, a halftime substitute, closed out the scoring from 12 yards in the 84th minute.

No doubt about this one, @100Purcent 🇺🇸

The U.S. will meet Jamaica on Thursday, July 7 and will finish the group stage against Mexico on Monday, July 11.

SHE AIN’T DUNN QUITE YET: RVC native, Thorns midfielder named to Olympic team