BIG D: USWNT’s defense in WCQ has been next to perfect 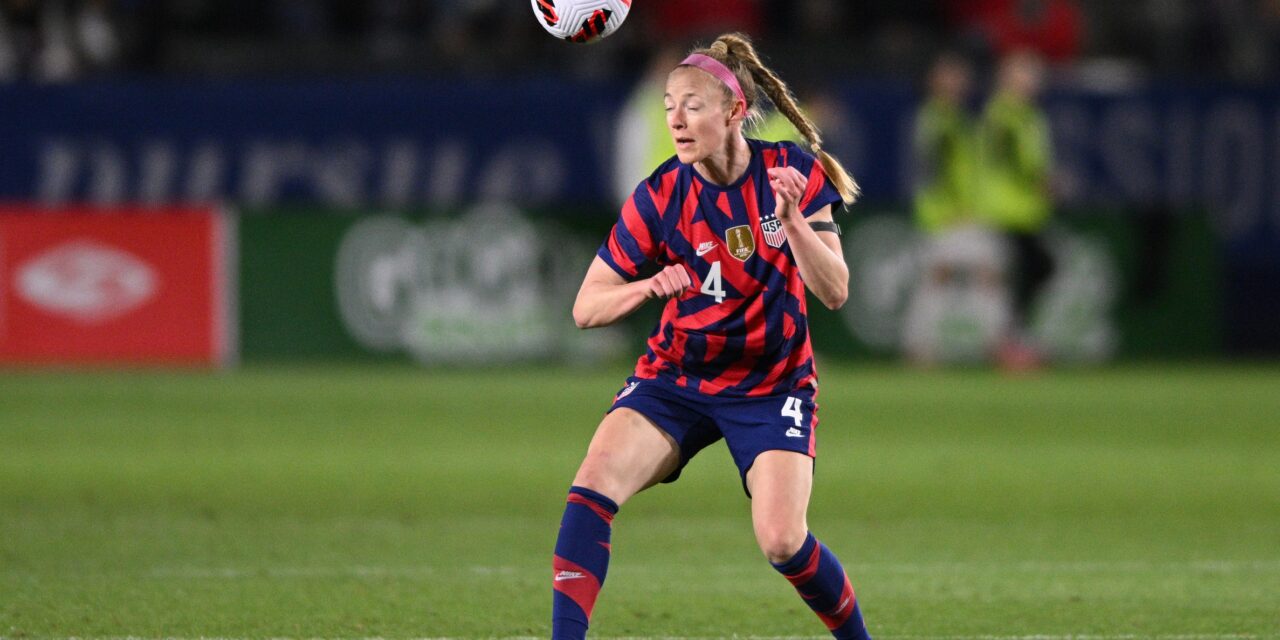 Becky Sauerbrunn: “I can’t tell you how much pride it gives me to get clean sheets.” (Orlando Ramirez-USA TODAY Sports)

On a side that has boasted the lethal likes of Michelle Akers, Mia Hamm, Abby Wambach, Carli Lloyd and most recently Alex Morgan, it is easy to get lost in the avalanche of these world-class goal-scorers on the U.S. women’s national team.

After all, they grab the headlines when they score goals – they have proven to be prolific – but there is another side to the team’s overall success and in Women’s World Cup qualifying.

As devastating as the attack is, the defense has been next to perfect.

Granted, outside of Canada and Mexico, Concacaf women’s teams will never been compared to the likes of Brazil, England and France, among others. And yes, the USA has been known to keep possession for huge stretches of time.

And, the USWNT has collected plenty of them during seven qualifying campaigns since 1991.

Entering their opening match against Haiti in the Concacaf W Championship on Monday at 7 p.m. ET (Paramount+), the Americans have recorded 29 shutouts out of 33 games and have conceded but five goals during WCQ.

“I can’t tell you how much pride it gives me to get clean sheets,” U.S. center back and captain Becky Sauerbrunn said during a Zoom press conference on Sunday. “After every single game, the first thing I do is go back to my goalkeeper because that’s what we do. We’re so proud of it. And what’s so great is that having Vlatko. who as a defender himself when he played, I think he has such an appreciation for defense. It’s not just the backline and the goalkeeper that takes such pride in the clean sheets, it’s the entire team. You can see on the field that everyone is putting in a defensive shift from the nine all the way back to the goalkeeper. It’s something that the team really takes a lot of pride in.”

This reporter relayed the aforementioned numbers about the USWNT to Sauerbrunn.

“You rattling off that record of shutouts and wins like To me that’s truly amazing,” she said. “I know the attack on this team is ridiculous because I unfortunately have to go against them every single day, but it’s also fortunate because they’ve definitely prepared me and the backline and anyone that plays defense, what we’re going to face in this tournament.”

While this writer was editor of Soccer Magazine, yours truly was in Montreal covering the Concacaf Women’s Championship – aka World Cup qualifying for the 1995 competition in Sweden – in Montreal in August 1994. To put the Americans’ dominance into proper context, this  is what I wrote

A day before the U.S. took on Canada in its fourth and final game for the Concacaf Women’s Championship, a television crew from England was doing a series of interviews with the team around the pool at the Universal Hotel in Montreal.

Suddenly, some of the equipment started to fall toward the pool,  but goalkeeper Briana Scurry stopped it from hitting the water. U.S. press officer Paul Martin noted that Scurry had made her first save in Montreal, after three matches. As it turned out, Scurry was called on to make four saves in what turned into a 6-0 American victor in the Aug. 21 match, but the scenario said a lot about the U.S.’s continued domination of  the region.

Asked how important it for the USWNT was to remind its foes it is difficult to score against his team, head coach Vlatko Andonovski replied, “It’s a reminder for ourselves first and foremost that we don’t want anyone to score on us and that’s the mindset that we’re going to in every training when we play. This is the mindset. We go into every friendly game and also in major tournaments.

“We would just do anything possible not to get scored on. That’s a testament to the backline and the goalkeeper, but also to the whole team. We do want to defend as a team as well as attack as a team. So going forward, I don’t think I don’t think anything’s going to change. We will go with a mindset that we don’t want to get scored on and at the same time score as many as possible on the other side.”