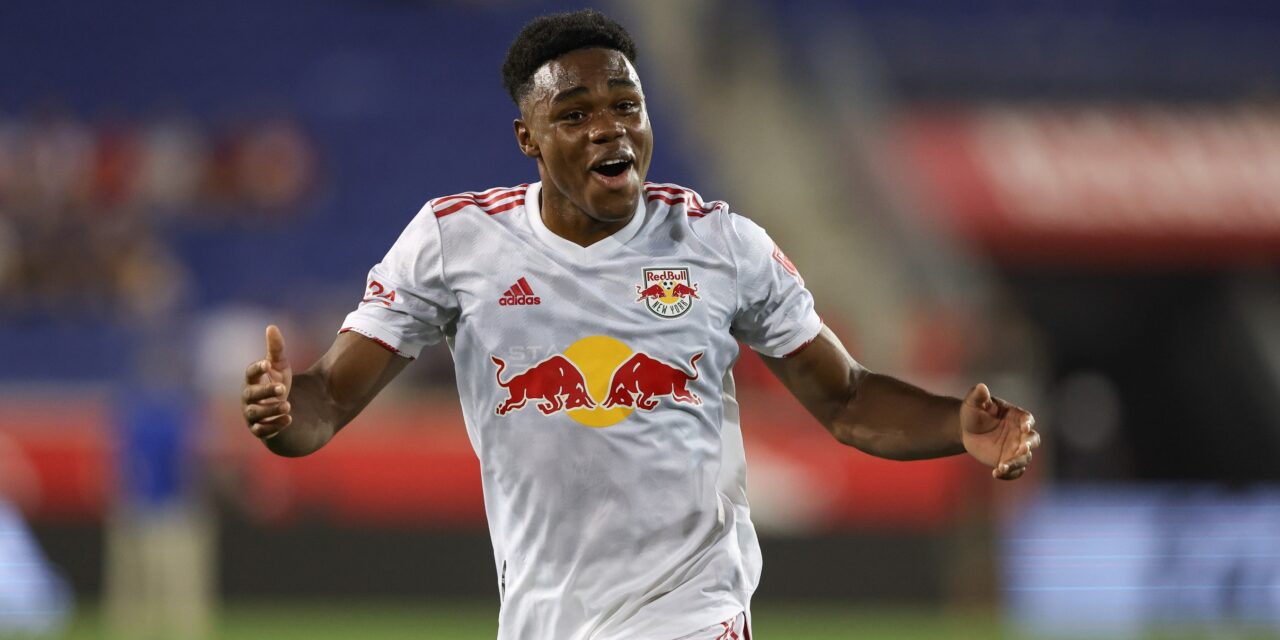 After connecting for the game-winning goal in the Red Bulls’ 2-1 comeback win over Atlanta United on Thursday night, 16-year-old Serge Ngoma needed only four words to put his emotions into proper perspective.

“It just feels amazing,” he said.

And probably a few other emotions as well from the North Plainfield, N.J. native.

“It’s just a blessing to come from the Academy to be able to come up to USL and then to the first team and be able to get my first goal in front of these amazing fans,” Ngoma told MSG after the match at Red Bull Arena. “I’ve been blessed by God. I don’t even know what to say. It just feels amazing.”

Ngoma, who replaced Omir Fernandez in the 69th minute, produced his heroics in the 89th minute. He stole a clearing pass by Rocco Rios Novo, which was intended for defender Alex DeJohn, raced in on goal and beat the keeper at the right near post.

“I saw the opportunity to be able to jump the ball going through the other center back,” Ngoma said. “We’ve done it a few times in USL and I saw the solid opportunity. And I said, why not?”

Head coach Gerhard Struber looked past Ngoma’s age. He turns 17 on July 9. It was whether he could make an impact. When he entered the game, Ngoma had all of 21 minutes of MLS experience over three contests.

“It’s for me not so a question of the age, it’s more the quality what I see in the training and also today the output,” he said. “I will see boys on the field with no fear with the same bravery like me and also more with the feeling go all in, go and to risk moments and show the quality and show the talent.

“I think in so many moments we can see which group we have. The young players, they come inside, they have a good feeling. They feel freedom. They also realize what I expect. … Today I’m happy.”

“Honestly, it’s the feeling that you get in the locker room from these guys, being 16. then welcoming me in from day one,” he said. “We have a great group of guys to be able to go and lose in LA [2-0 on Sunday] and come back here. The coach had faith in me to put me. So, I think that speaks to just the organization and how they want to push players through it. They trusted me and I was able to deliver this time.”

TIME FOR A TURNAROUND: Red Bulls need to put the brakes on their 3-game skid vs. Toronto