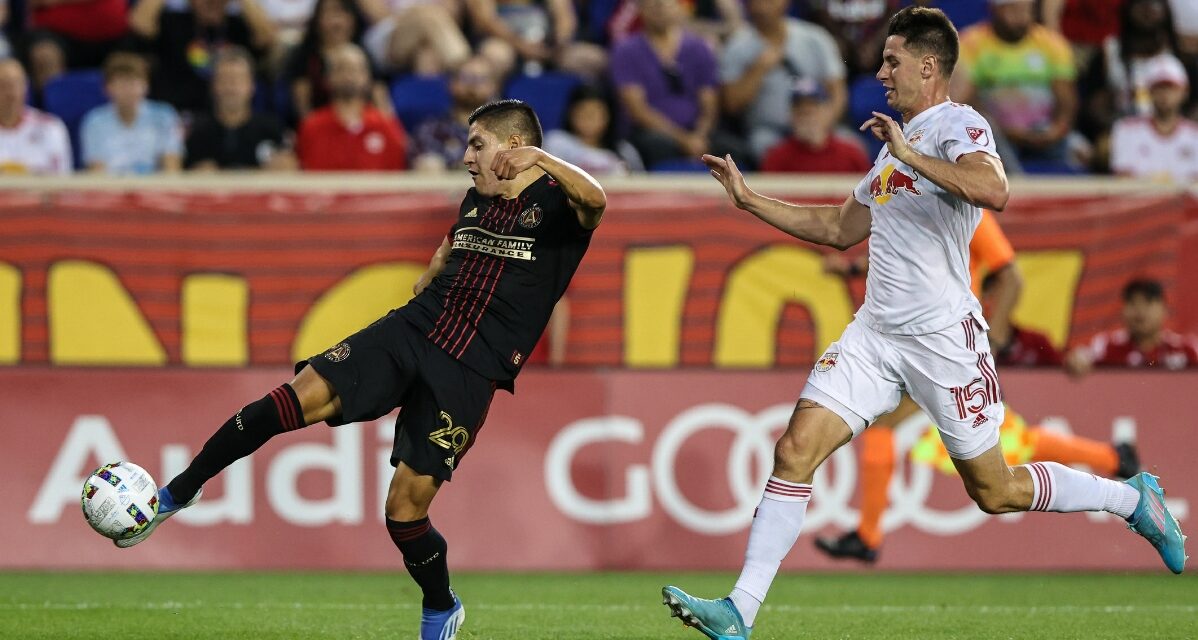 For the first 80 minutes against Atlanta United on Thursday night, the Red Bulls were down right ugly.

They lacked desire and heart and it appeared they were about to start the July 4 weekend with a disheartening defeat.

Overcoming a one-goal deficit, the Red Bulls struck twice in the final nine minutes of regulation to pull off a 2-1 comeback win over Atlanta United at Red Bull Arena.

Lewis Morgan converted the equalizer, an 81st minute penalty kick, and 16-year-old Serge Ngoma of North Plainfield, N.J. tallied his first MLS goal in the 89th minute for the game-winner.

Ngoma stole a pass from goalkeeper Rocco Rios Novo on the right side and cruised in on goal and beat the keeper to put an exclamation point on the comeback. He became the third 16-year-old player to score for the Red Bulls, joining Eddie Gaven and Jozy Altidore.

New York (8-5-5, 29 points), which has never lost to Atlanta (7-0-4), moved into a first-place tie with Montreal and Philadelphia in the Eastern Conference. Eleventh-place Atlanta dropped to 5-7-4.

Their pressing did not come close to their reputation as they looked passive. With that type of attitude, teams are not going to win very many games, especially at home.

In fact, Atlanta’s Luiz Araújo had the best two scoring opportunities in the opening 45 minutes. Goalkeeper Carlos Coronel got a hand on his left-footed shot in the 32nd minute. After a fine run through the New York Luiz Araújo fired wide right four minutes into stoppage time.

Coronel was up to the task in the 53rd minute, diving to his right to parry away Ronaldo Cisneros’ shot to keep the match scoreless.

In the 57th minute, Red Bulls head coach Gerhard Struber had seen enough. He pulled an ineffective Patryk Klimala for Tom Barlow and replaced Cameron Harper with Luquinhas, who passed his COVID-19 test earlier in the day and was able to play.

Their insertion did not work immediately as the visitors broke the ice in the second-half sub Josef Martinez slotted home a rebound from close range to give them the lead in the 75th minute. It was the first time Atlanta scored at RBA.

Eight minutes later, Luquinhas made his impact as he was fouled by 17-year-old left back Caleb Wiley near the right goal line of the box for a penalty kick. Lewis Morgan stepped up and converted right down the middle past Rios Novo for his eighth goal of the season.

GETTING HIS (CORNER) KICKS: When Youri set up Zidane in WC final