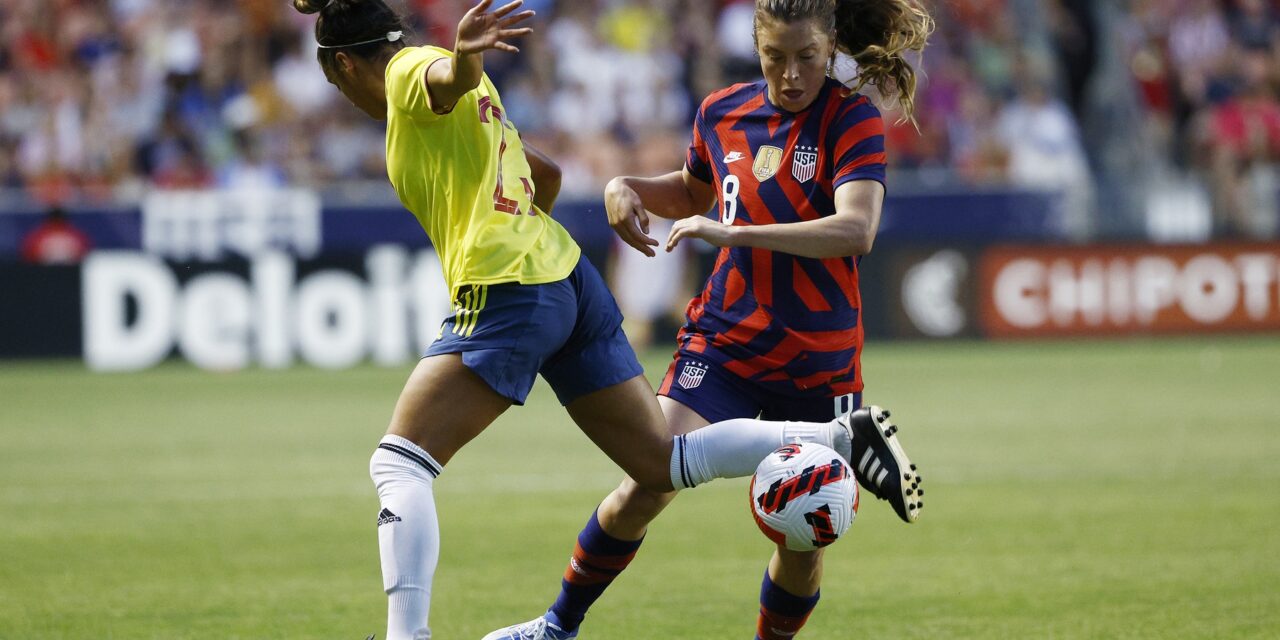 It wasn’t pretty, but it got the job done.

In its final tune-up prior to the Concacaf W Championship, the U.S. women’s national team blanked a gritty Colombia side for the second time in four days, 2-0, at Rio Tinto Stadium in Sandy, Utah on Tuesday night.

Right back Kelley O’Hara and an own goal boosted the U.S. Goalkeeper Alyssa Naeher recorded the clean sheet, parrying away Leicy Santos’ shot from the left side in the 55th minute.

The Americans recorded a 3-0 win in Commerce City, Colo. on Saturday night as they prepared for next month’s competition, which will determine qualification for the 2023 Women’s World Cup and the Olympic Games Paris 2024.

A lightning delay in the 75th minute held up the game for 49 minutes before the USA extended its home unbeaten streak to 68 games (61-0-7).

Defender Sofia Huerta’s right-wing cross was headed into the net past goalkeeper Catalina Perez by Colombian defender Manuela Vanegas, trying to clear it, for an own goal in the 21st minute.

Only two minutes after play resumed, O’Hara scored her third goal in her 154th international match, drilled a 15-yard shot into the far-left corner in the 76th minute to give the hosts some breathing room.

Coming off an Olympic bronze medal last summer in Tokyo, which followed a second consecutive World Cup title in 2019, the U.S. is undergoing a gradual changing of the guard as it approaches the 2023 World Cup in Australia and New Zealand.

The Concacaf W Championship is scheduled for July 4-18 in Monterrey, Mexico. The Americans will meet Haiti on July 4, Jamaica on July 7 and Mexico on July 11 in the group stage. Four teams will earn World Cup bids, with two other sides advancing to an intercontinental playoff. The winning side also will secure a berth into the Paris 2024 Olympics, while two other teams will advance to a play-in next year.