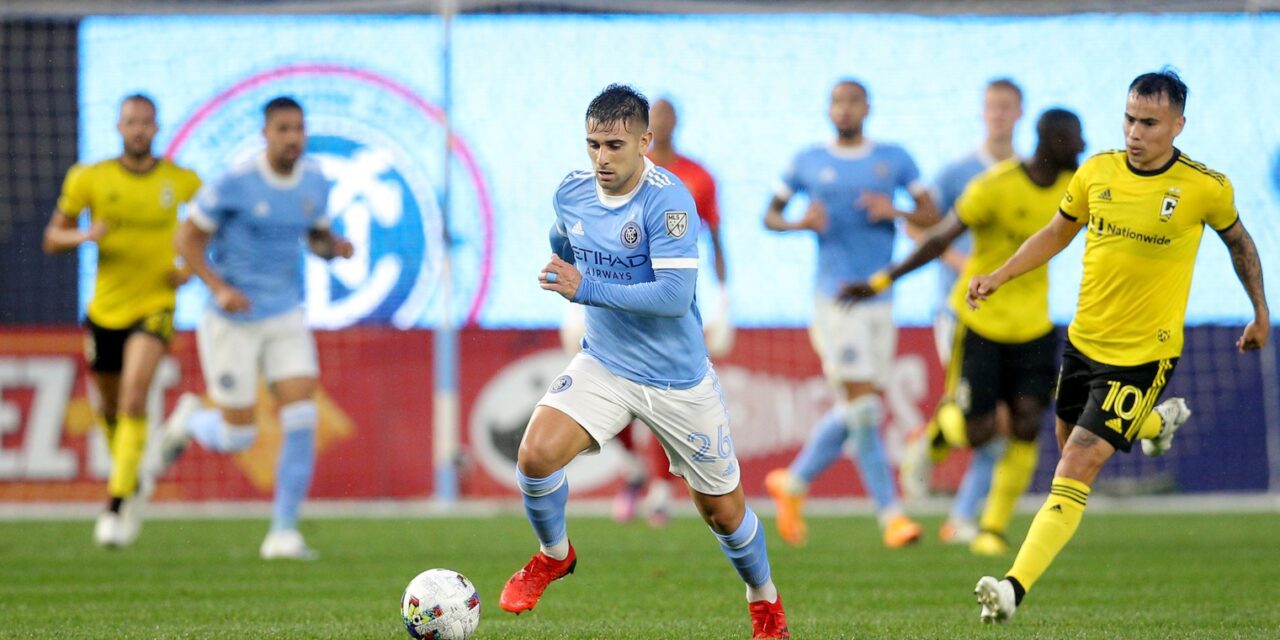 Nicolas Acevedo: “I think that’s something that we can expect for the rest of the season, being reigning champions.” (Brad Penner-USA TODAY Sports)

Is New York City FC’s recent inability to overcome physical teams getting around the league?

In the Cityzens’ last three MLS matches they have been fouled a minimum of 20 times in each contest. They are on a three-game winless kid over two competitions.

“I think that’s something that we can expect for the rest of the season, being reigning champions,” midfielder Nicolas Acevedo said during a Zoom call with the media on Tuesday afternoon. “Every team wants to come out and beat us. So they come out with an extra grit, extra passion, extra motivation to come out and, beat us. So, we expect that from our opponents going forward. But that’s warranted being that they’re playing against champions.”

However, City hasn’t been playing like champions since returning from the international break. The team tied the Colorado Rapids at home, 1-1, was eliminated by the Red Bulls in the Lamar Hunt U.S. Open Cup quarterfinals and lost at the Philadelphia Union, 2-1, on Sunday.

The Rapids fouled NYCFC 21 times, the Red Bulls 23 times and the Union 21.

“When we have the ball, we want to play quickly,” he said. “We want to have possession of the ball. We want to move the ball around the pitch so that it gives the opposition a real problem in controlling the spaces in and around their goal. The game is that simple. When we come up against teams that we know we can move the ball well like Philadelphia, we know we can use the sides of the pitch. When we come against Colorado and Red Bull, we know the space is going to be beyond that press.

“If there are unusually high numbers, then the explanation is that teams have been successful in their tactic of spoiling our rhythm by fouling and there’s nothing we can do about that other than hope that the referees can see that.”

“It kind of just happens in a season you got to go through these losses,” he said. “Every game is difficult, but the morale is up. Everyone is confident in the group. We’re just looking to continue to play our game and continue to get results.”

Since taking over for the departed Ronny Deila, who left the club earlier this month to join Standard Liege in Belgium, Cushing hasn’t won a game (0-2-1).

“It would be nice to get a victory for Nick and also for the team to kind of boost our confidence, but we don’t we don’t think that there is necessarily pressure to get a victory,” Acevedo said. “We just need to play our game, fix a couple of small mistakes that we’ve been having the past couple of games and look for the three points but in terms of pressure, I don’t really think that you can consider it.”

10 YEARS AFTER: The top metro area stories of the past decade

IT’S WAIT AND SEE: Tinnerholm (concussion) to see a doctor in New York

DEILA’S ASSESSMENT: ‘Nothing is over now’