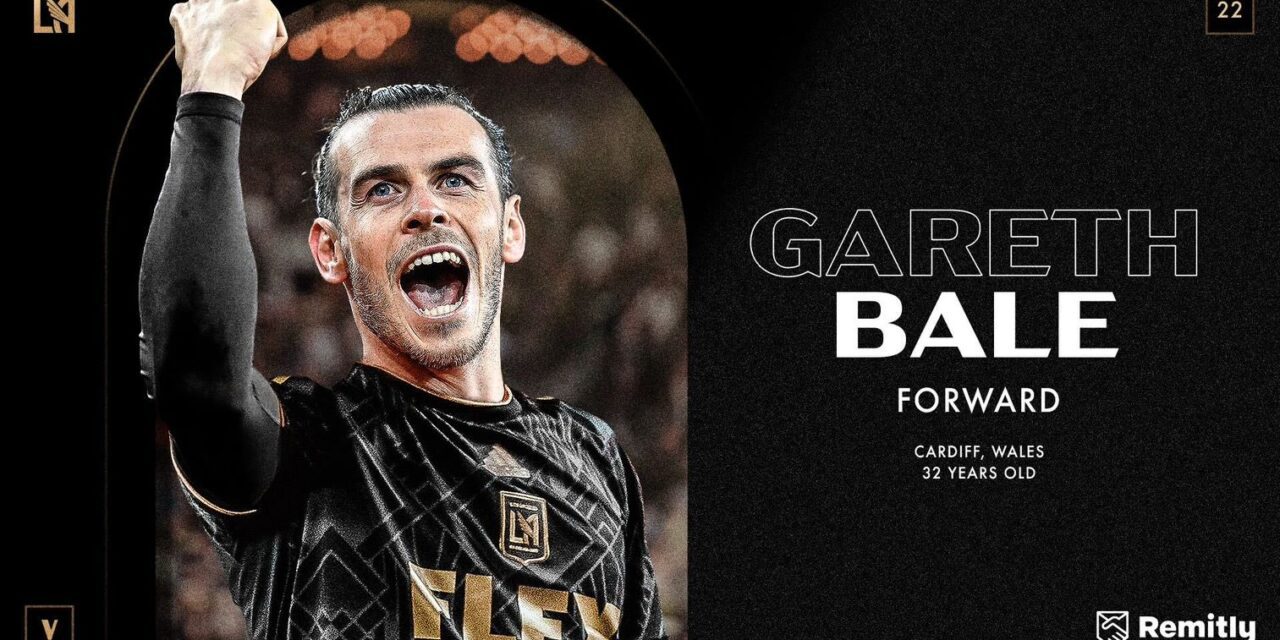 The Los Angeles Football Club announced Monday that the club has signed forward Gareth Bale to a 12-month contract using Targeted Allocation Money with options through 2024.

Bale will occupy an international roster slot upon the receipt of his P1 Visa and International Transfer Certificate. LAFC acquired the discovery priority to Bale from Inter Miami CF in exchange for $75,000 in 2023 General Allocation Money.

“Gareth is one of the most dynamic and exciting attacking players of his generation,” LAFC co-president and general manager John Thorrington said in a statement “Adding a player who brings the talent and experience at the highest levels that Gareth does is an incredible opportunity to continue to improve our Club. Gareth is highly motivated to continue to win trophies and we are elated that he has made the choice to join LAFC and help lead us in our ultimate goal of winning championships.”

Bale, 32, is considered one of the greatest Welsh players of all time and has made 105 appearances for Wales since 2006, scoring 28 goals and registering 22 assists. Bale was instrumental in leading Wales to the 2022 FIFA World Cup, securing their first appearance in the tournament in 64 years. He also helped lead Wales into the Round of 16 of the UEFA 2020 European Championship.

“I am extremely excited for this move to LAFC,” Bale said. “This is the right place for me and my family and the right time in my career, and I cannot wait to get started working with the team and getting ready to win more trophies in Los Angeles.”

BALE BY THE NUMBERS

NO STOPPING HIM IN STOPPAGE TIME: Bou’s dramatic winner boosts Revs over Impact