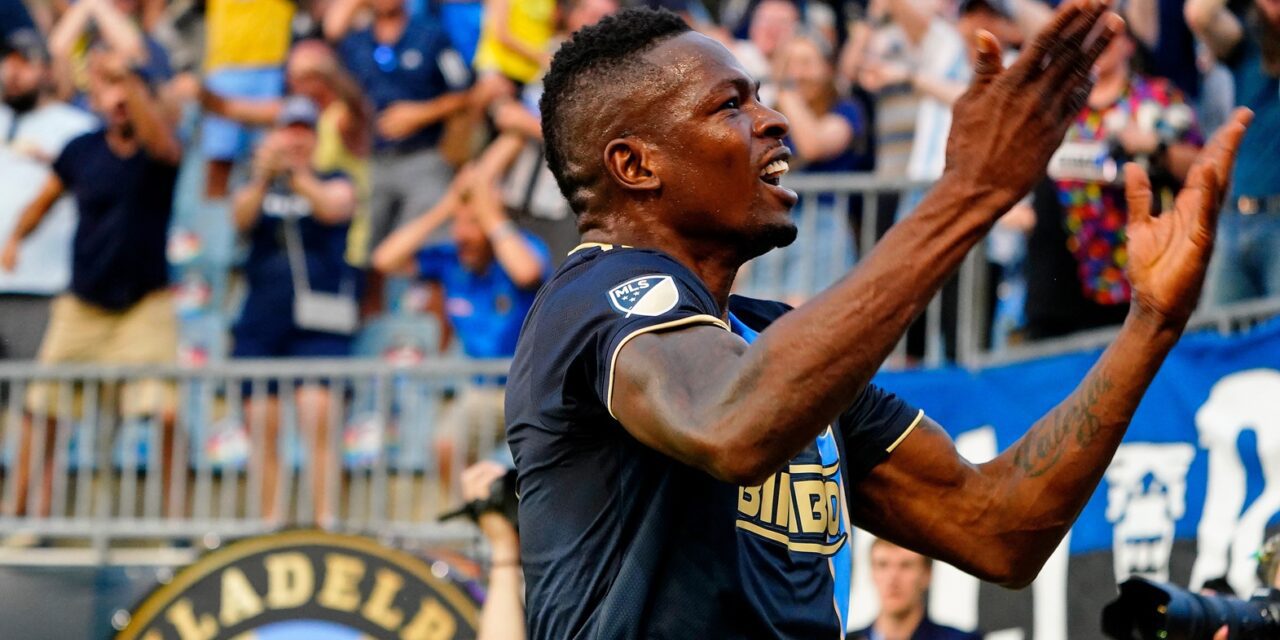 Three games into his tenure as interim head coach of New York City FC, Nick Cushing has very little to show for his efforts.

Three games, two losses, one draw and two goals and one point.

The latest defeat came on Sunday night, an excruciating 2-1 loss at the Philadelphia Union at Subaru Park in Chester, Pa.

Corey Burke’s goal six minutes into second-half stoppage time snapped a 1-1 deadlock and boosted the Union (7-1-8, 29 points) over NYCFC (8-4-3, 27) and into the MLS Eastern Conference lead.

“I don’t think we will just put this game behind us,” Cushing said. “I think we’ll look at the first half and why we didn’t get the control that we wanted and we’ll look at the second half and look at why we gained more control. We’ll take the positives out of it and we’ll move on to Cincinnati. We’ll discuss the negatives so that we can try and put them right going into the next game. It’s difficult to turn around in two days when the opposition has had five days, but it’s the nature of MLS.”

All the action from a tough afternoon in Philly ⤵️ pic.twitter.com/q8nSP0kKFa

Cushing took over after Ronny Deila left the club for Standard Liege two weeks ago with the team atop the conference. Since assuming the coaching reins, the Cityzens played the Colorado Rapids to a 1-1 home draw, a 3-0 quarterfinal defeat to the Red Bulls in the Lamar Hunt U.S. Open Cup last Wednesday and now this result.

“We know that it was tough results against us,” NYCFC midfielder Alfredo Morales said.  “We tried everything, you can say this about the Colorado game, we had the chances to win that game. At Red Bull, it was our mistakes that led to their win, but that is how it is. We have to stay focused, stay concentrated on the basics that we bring to approach games.  Everything else will come. Today we had to dig in deep and work very hard.”

Michael Uhre, off an Alejandro Bedoya assist, gave the hosts a 1-0 lead in the ninth minute.

“The first half I think wasn’t the best half from us as a team,” Morales said. “We were a little bit open to be honest, too far away from each other. That is how it is sometimes, you have to keep going and you have to reset at halftime.”

Taty Castellanos equalized with a dramatic, 89th-minute penalty kick past Jamaican international keeper Andre Blake to knot things up at 1-1.

Burke, however, lifted the Union to victory deep into second-half stoppage time, scoring against goalkeeper Sean Johnson. VAR needed to review the goal before it became official.

Right back Anton Tinnerholm made his first appearance for NYCFC since his Achilles injury last year as a halftime substitute. Cushing called his comeback “incredible.”

“We knew that we needed to be better in the lower parts of the game so that we could get the team up the pitch and then we could start to switch the play,” he said. “Putting in Anton Tinnerholm – it was incredible to have him back. We know the experience he has in these types of games.”

WOUNDED KNEE: Torrent on Villa: ‘It’s bad news for us because he is a key man’

STEPPING DOWN: Patricof will leave as NYCFC president in December

NO LONGER IN THE MIX: NYC FC buys out Diskerud’s contract