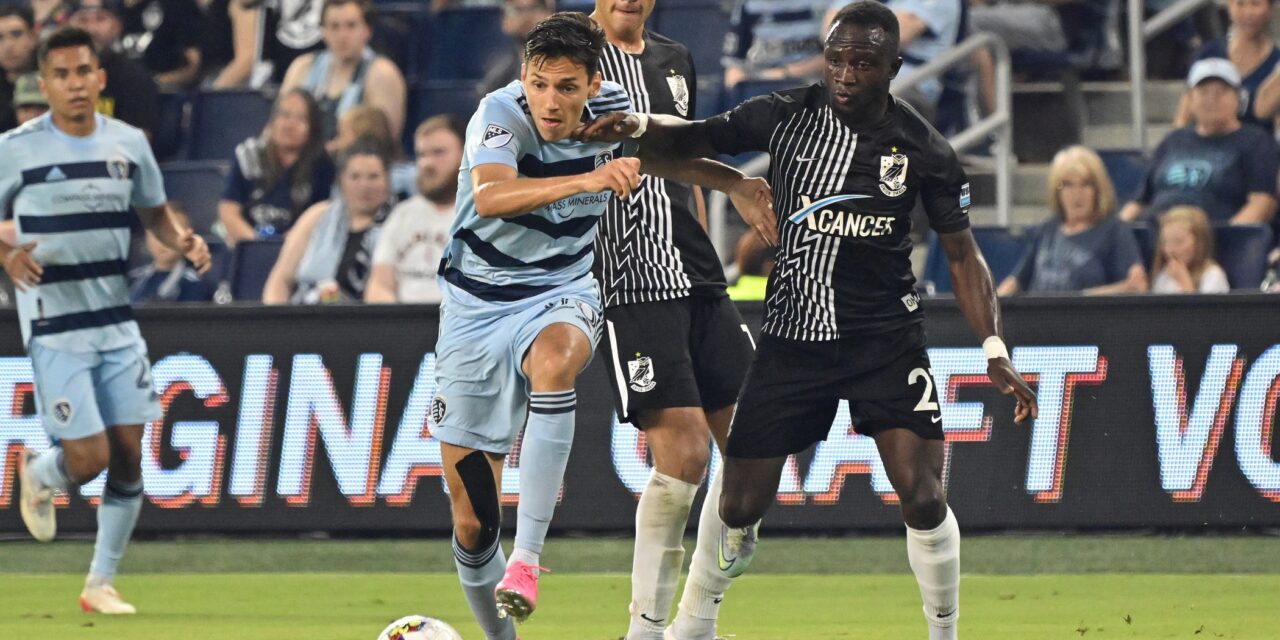 By eliminating their third-division opponents, Sporting has sealed a semifinal date with USL Championship side Sacramento Republic FC. Hosting rights for the fixture, set to be played on July 26 or 27, will be determined via Thursday’s draw during Futbol Americas on ESPN Plus at 8:30 p.m. ET.

Wednesday’s result pushed Sporting’s home unbeaten run in the Open Cup to 12 matches since 2015 as Union Omaha, the reigning USL League One champions, had its Cinderella run come to an end after famous upsets over Chicago Fire FC and Minnesota United FC earlier in the tournament.

Sporting has reached the Open Cup semifinals for the sixth time, with each of the club’s last four appearances—in 2004, 2012, 2015 and 2017—serving as the penultimate step to a tournament title. Head coach Peter Vermes has prevailed in 26 of 33 Open Cup matches as Sporting’s manager, posting a 23-7-3 record with the three draws accounting for shootout victories.

Hernandez, who scored a 38-yard free kick in Sunday’s triumph at Nashville, went agonizingly close to drawing first blood inside two minutes. A quickfire Sporting attack down the left flank saw Cam Duke play forward to Salloi, who pulled back a cross for Hernandez near the top of the box. The 24-year-old midfielder met the pass with a sweet first-time strike off the outside of his right boot at the top of the box, but Omaha goalkeeper Nuhu Rashid produced a reflex stop to keep his team level.

Omaha threatened at the opposite end three minutes later. Joe Brito’s hopeful delivery into the box skipped past a pair of Sporting defenders and fell to the feet of forward Kemal Malcolm, whose low drive was smothered by Pulskamp.

The visitors brought a healthy contingent of 800 traveling fans for the 155-mile trip from Omaha, but they were drowned out by the roar of raucous Sporting supporters in the 10th minute when Vermes’ men landed the first punch. A brilliant attacking move sparked by captain Johnny Russell’s buccaneering run through the middle was finished off as Shelton squared low to Salloi for a simple finish into the gaping net.

Sporting sought further damage in the 13th minute when Russell unleashed a 22-yard curler that Nuhu dove to palm. Not long later, Salloi nutmegged his marker along the left wing and forced another Nuhu stop at the near post before Russell’s bicycle kick carried over the crossbar.

Sporting’s assault on the Omaha goal continued in the 23rd minute. Remi Walter’s long-range blast was parried away by Nuhu and Hernandez picked up the rebound, cannoning a shot high of the mark.

Nuhu’s heroics prevented Sporting from doubling their lead in the 28th minute. Russell outjumped his marker to meet a Hernandez corner kick and plant a strong header goalward, but the Omaha gloveman reacted wonderfully by stretching out his right hand and pawing the ball away.

Another Hernandez corner kick caused Omaha trouble. His out-swinging service in the 37th minute was cushioned home by the leaping Ford, who not only opened his Sporting Kansas City scoring account but bagged his first goal for an MLS club since scoring as a member of the Colorado Rapids against Sporting on May 27, 2017.

The lone Sporting setback of the first half came on the cusp of halftime. Ford suffered an injury in a collision following an Omaha set piece and was replaced by Isimat-Mirin, who had performed admirably three days earlier in the win versus Nashville.

The floodgates opened during a comprehensive second-half display. Isolated on the left wing in the 53rd minute, Salloi beat two defenders before slotting low past Nuhu for a brilliant solo strike. Salloi has seven career goals in the Open Cup, passing Dom Dwyer for the most in club history.

Shelton’s evening was punctuated three minutes later. The center forward settled Isimat-Mirin’s inch-perfect long ball over the top, muscle off a challenge from his defender and poke a low shot that beat Nuhu and caromed into the net off the right post. Isimat-Mirin notched his first Sporting assist and Shelton recorded his second goal of the Open Cup campaign after scoring in extra time of a win over FC Dallas in the Round of 32.

Hernandez built on his first-half assist by providing the final two goals. He smashed a first-time effort into the right corner off Marinos Tzionis’ cross in the 66th minute, then scoredd 15 minutes later on a feed from Logan Ndenbe.

LOOKING AHEAD: Open Cup to resume next March 22

THE SAVIOR: Melia comes up big for SKC in Open Cup semis