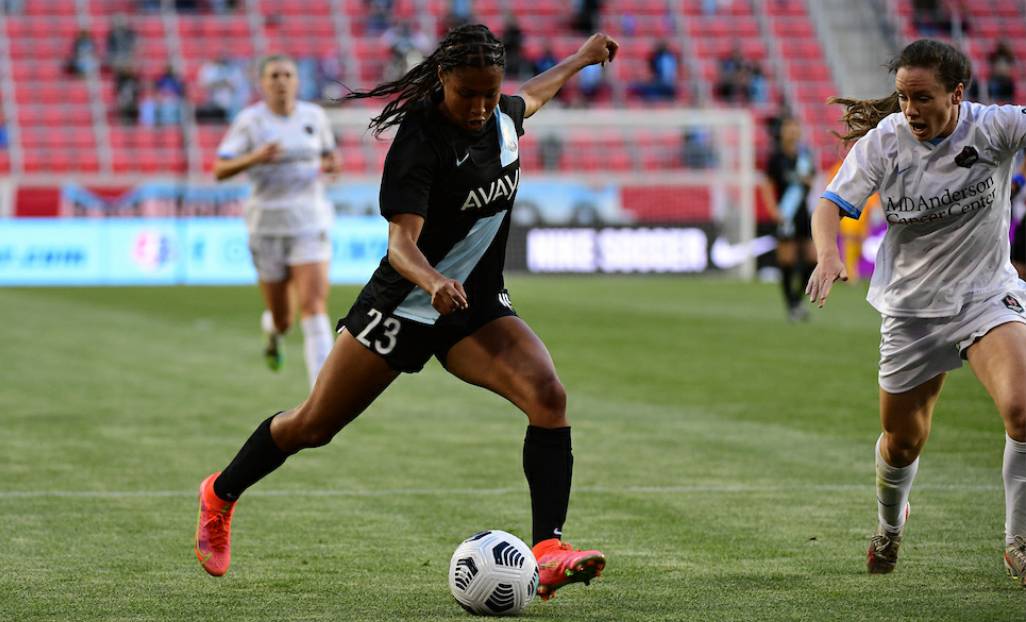 Midge Purce finished with a goal and an assist. (Photo courtesy of Gotham FC)

Midge Purce and Kristie Mewis each finished with a goal and an assist.

After building the lead in the first half, Gotham FC had to hold off a big push from the Pride, which held a 9-1 shot advantage in shots in the final 45 minutes. Goalkeeper Ashlyn Harris made three of her four saves after halftime and a stalwart effort from Ali Krieger, who had 12 clearances, allowed the club to secure the clean sheet.

“We know [Orlando] is a hard place to come at times with the humidity at night,” Gotham FC head coach Scott Parkinson said. “We know how hard it is to win games in this league, never mind away from home. It’s probably the first time I’ve said to the team all year that I expect goals and three points back to New Jersey. And they delivered that tonight.”

Purce split two defenders and slid a centering feed to a Ifeoma Onumonu to force a blocked shot and a corner kick. Moments later, Imani Dorsey and Caprice Dydasco attempted long chips with Pride goalkeeper Erin McLeod playing up in the box. McLeod recovered on both occasions to make the stops.

Orlando countered with some quality possession and corner attempts, but Gotham kept things scoreless before its breakthrough.

In the 29th minute, Mewis served up a corner kick to McCall Zerboni, who headed it home to put the visitors in front. Only 1:46 later, Dorsey hit Purce with a deep pass for a one-on-one opportunity. Purce weaved around McLeod on the left side and put it into the open net to double the advantage.

The USWNT teammates, Purce and Mewis, were at it again in the 41st minute when Purce worked the ball to the end line and crossed it to Mewis deep in the box. Mewis settled the ball, stepped into the six and finished with her left foot for a 3-0 lead.

Gotham FC limited the Pride’s chances early in the second half, but Orlando came on strong to close things out. Sydney Leroux, who came off the bench after the intermission, provided a spark and generated three shots to help the home side’s push.

Despite the change in momentum, Orlando could not get one past Harris, who capped things off with a nice diving stop of Angharad James in the 87th minute to earn the 21st shutout of her career.

The three goals broke a streak of 10 matches of scoring one or fewer goals in a match for Gotham FC, dating back to the end of the 2021 season in all competitions. The margin of victory was also the most convincing win in a season opener in club history.

Gotham FC will remain on the road for its first match against the San Diego Wave on Saturday, May 7 at 10 p.m. ET. 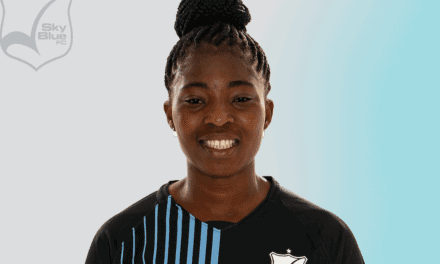 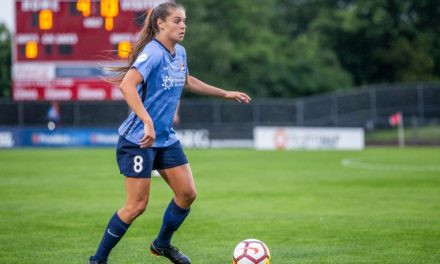 IF AT FIRST YOU DON’T SUCCEED: Sky Blue FC will try to win 1st game again 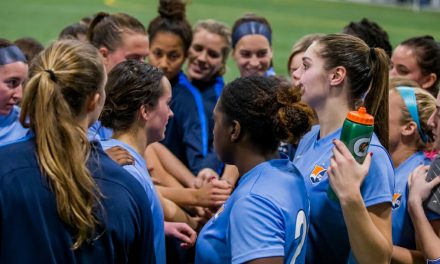