The U.S. women’s national team will face Mexico, Jamaica and Haiti in Group A at the 2022 Concacaf W Championship, it was determined on Tuesday night.

Eight teams will begin a quest for this region’s four automatic berths to the 2023 Women’s World Cup, which will be the first to feature 32 nations.

The groups and matchups were set during the final draw that was held Tuesday evening at the Concacaf HQ in Miami. Group B features Canada, Costa Rica, Panama and Trinidad & Tobago.

The overall schedule including the dates of the matchups, venues, kickoff times, ticket information and the broadcast schedule will be confirmed shortly.

The 2022 CWC, which will run from will run from July 4-18, will be played in Monterrey, Mexico and the tournament’s 16 matches will be split across two stadiums — Estadio Universitario and Estadio BBVA, which is one of Mexico’s three venues for the 2026 World Cup. 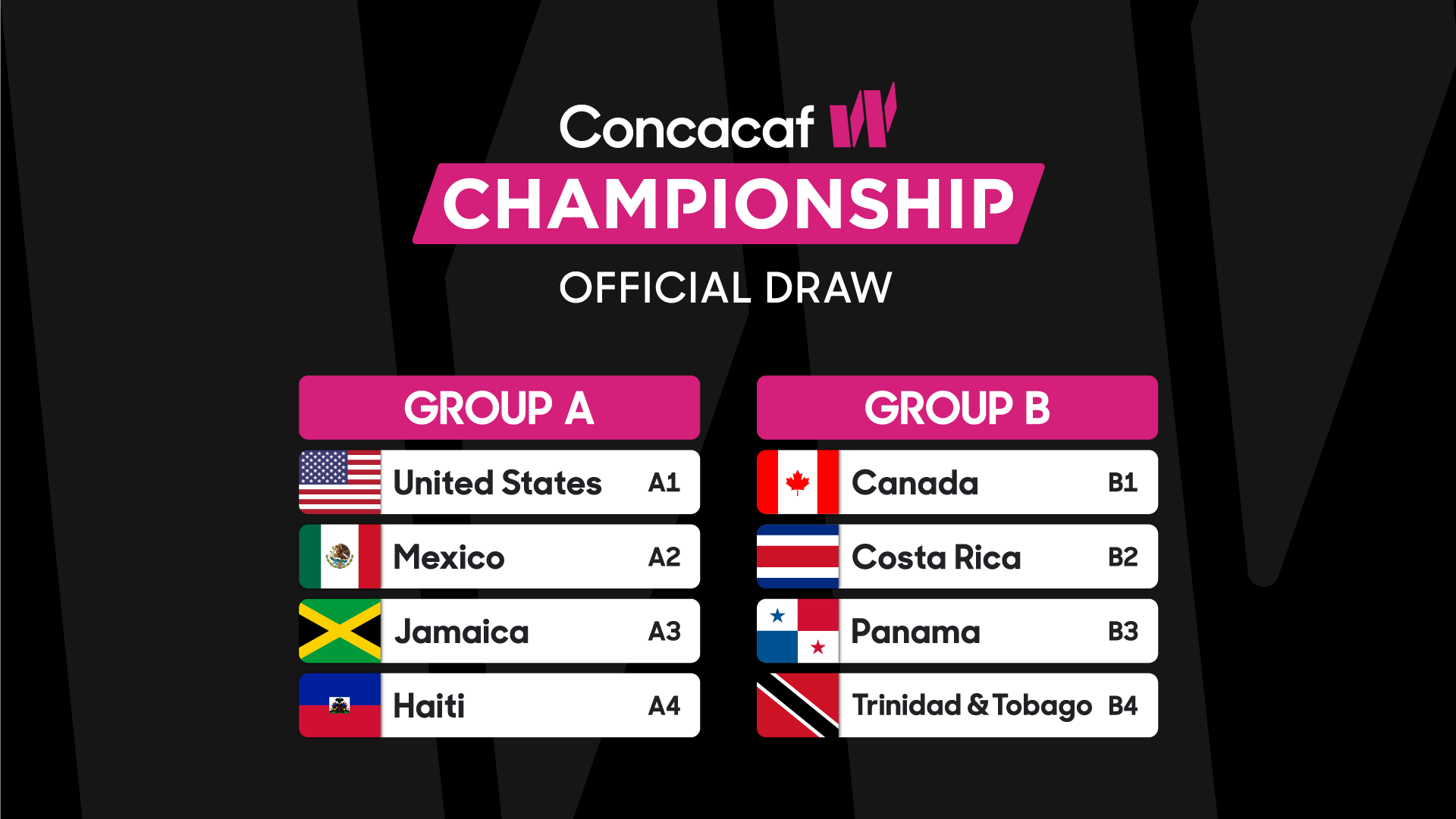 Group stage matches will be played on July 4, 5, 7, 8 and 11. The semifinals will take place on July 14 with the third-place match and championship game will be held on July 18.

At the final draw, the eight countries were divided into two groups of four. The top two finishers in each group after round-robin play will advance to the semifinals while earning World Cup berths. The fifth and sixth place finishers will earn berths to the 10-team inter-confederation playoff tournament that will be held in February 2023 to decide the final three berths to the 2023 Women’s World Cup.

The United States and Canada earned automatic berths into the tournament while the other six teams advanced to the final competition by winning their qualifying groups over the February and April FIFA windows.