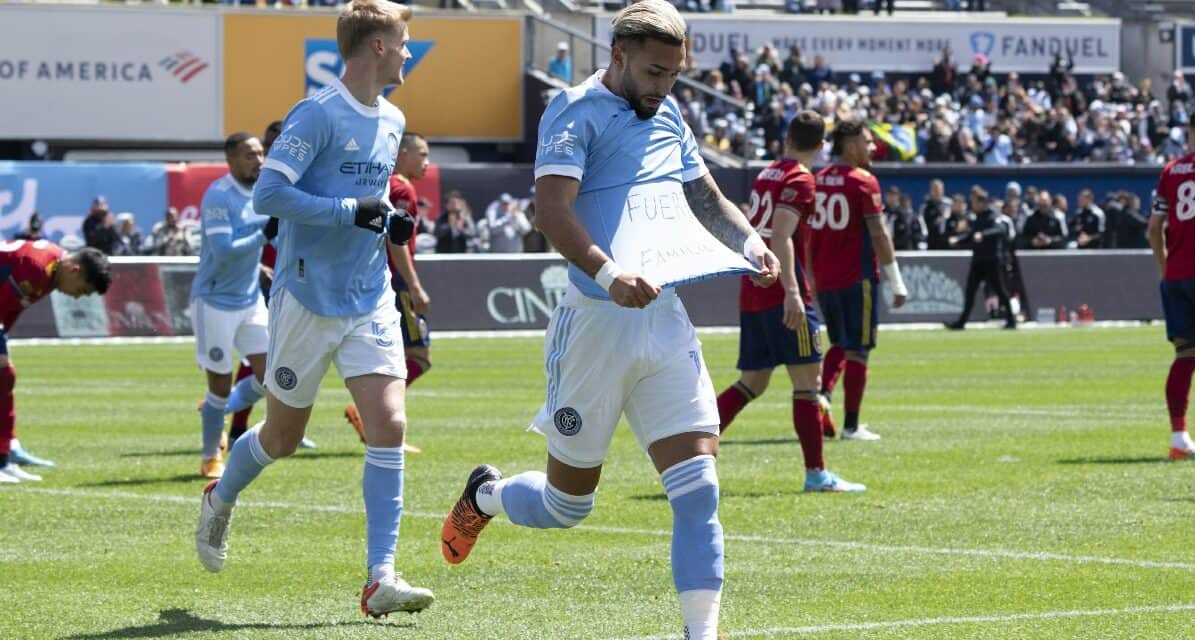 After shooting blanks in his first five regular season matches, Valentine “Taty” Castellanos went from famine to a feast against Real Salt Lake on Sunday afternoon.

Back in the New York groove to the tune of six goals 🎶🕺🎥 pic.twitter.com/SlT2j1PTWN

Captain and goalkeeper Sean Johnson recorded the clean sheet, his second of the season and 78th of his career.

“It was a great performance,” NYCFC head coach Ronny Deila said. “It wasn’t our best performance, I think that was on Wednesday but we didn’t score our goals, we did tonight.”

Deila was referring to City’s exit from the Concacaf Champions League  after his side played the Seattle Sounders to a 1-1 draw in the second leg of their semifinal series. NYCFC lost the series, 4-2.

“I’m very impressed by the guys.” Deila said. “It was a big dream for everyone to win the Champions League. To get going again and show that kind of commitment and desire to win, it’s great to see. It says something about the culture in the group. We played well from the first minute until the last minute.”

The Cityzens made quick work of RSL, connecting twice in the opening quarter hour and adding a third goal before halftime.

Castellanos started things off in the ninth minute as he converted a Santi Rodriguez corner kick past goalkeeper Zach MacMath from six yards for a 1-0 edge. The goal snapped a personal 433-minute scoreless streak for the Argentine. He would not have had to wait that long before his next score, however.

Before that, City’s Brazilian connection struck in the 15th minute. Andrade ran onto a pin-point through ball from Talles Magno off a counterattack as he beat a defender and goalkeeper Zach MacMath scored from 12 yards on the left side.

In the 40th minute, Castellanos scored No. 2 off a penalty kick. Tate Schmitt kicked Keaton Parks in the face while the midfielder headed the ball on net in the box. NYCFC was awarded a PK. Castellanos took a stutter step before depositing the ball into the lower right corner what turned into a 3-0 halftime advantage.

NYCFC increased its margin to four goals in the 55th minute as the Magno found Andrade again with another through ball and the Brazilian scored from atop the area.

Two minutes later, Castellanos got his hat-trick on another PK, this time putting it home to the left side. MacMath just got a hand on the ball, but couldn’t stop its momentum for a 5-0 bubble.

Castellanos put a bow on his performance in the 80th minute. A horrible clearance by MacMath went straight to the striker at the top of the box and the striker’s blast deflected off a defender and into the net. 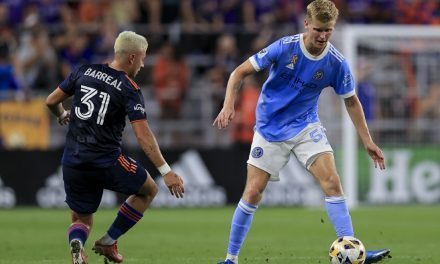 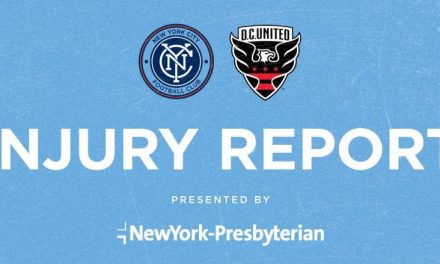 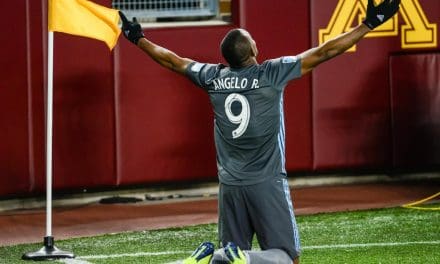