THAT’S ALL FOLKS: NYCFC draws, but is bounced from CCL semis by Sounders 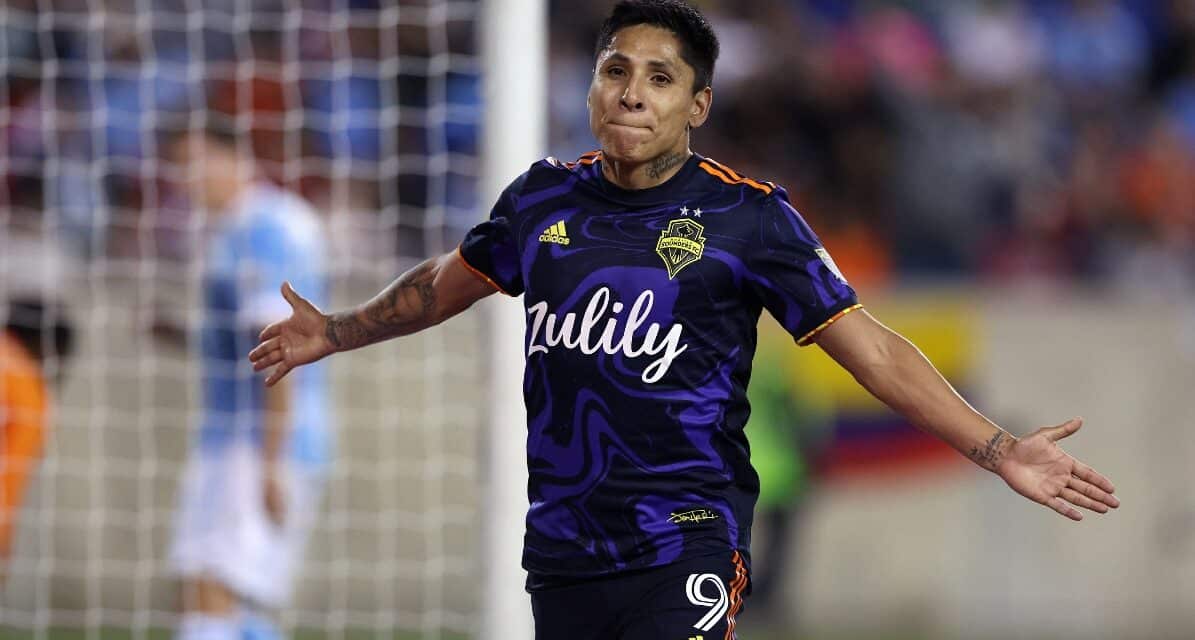 A draw was just as good as a loss for New York City FC, which was ushered out of the Concacaf Champions Cup by the Seattle Sounders on Wednesday night.

The teams played to a 1-1 tie in the second semifinal leg, a physical contest, at Red Bull Arena in Harrison, N.J. as the the Sounders advantage to the final, winning by aggregate, 4-2. Seattle had won the first at home last week, 3-1.

The Sounders became the fifth MLS team to reach the CCL finals and will play Pumas in the first leg in Mexico City from April 26-28 with the second leg at Lumen Field in Seattle between May 3-5.

“They had us under a lot of pressure and we had to put out a lot of effort today,” Frei said. “We’re hungry. We’re happy to get a chance at a trophy.”

The defending MLS Cup champions will concern themselves with league play and the Lamar Hunt U.S. Open Cup.

“I was really proud of the players,” NYCFC head coach Ronny Deila said. “They did everything but put the ball into the net more. They showed intensity. Today they were on fire. They were all over Seattle, a really good football team.

“Losing is terrible. I feel sorry for everybody.”

The visitors can thank goalkeeper Stefan Frei, who was outstanding in the net, especially in the second half before a crowd of 6,138.

Sounders head coach Brian Schmetzer said that Frei “had a monster game. He kept us in the game. … Stef Frei is a tremendous goalkeeper.”

Incredibly, RBA was the fourth venue that NYCFC has called home this young season. The Cityzens also have played their MLS matches at Yankee Stadium and two other CCL games at Banc of California Stadium in Los Angeles and Rentschler Field in Hartford, Conn.

With the great Maxi Moralez pulling the strings at midfielder, City had to realize it was going to be an uphill battle and a half.

The game got off to a raucous start as Taty Castellanos was assessed a yellow card for smashing into Xavier Arreaga in the opening minute. Not a smart play for the City striker, with one foot in the red card grave.

It didn’t surprise Schmetzer that NYCFC came out playing with a lot of passion.

“That message was delivered for the past five days,” he said. “You were going to get a spirited, motivated NYC FC team.”

City pushed forward for a goal but was thwarted by Frei, who wasn’t tested severely in the first half.

The Sounders, however, made the most of their few opportunities by scoring in the 28th minute as Raul Ruidiaz finished a nice passing combination from 12 yards past goalkeeper Sean Johnson. Nouhou sent Ruidiaz a left-wing feed.

HE LOVES THE BIG MOMENTS!@RaulRuidiazM scores a crucial away goal and it’s 1-0!! 💥 pic.twitter.com/JjNpGHdeVL

Within a span of seconds, NYCFC hit the right post on consecutive shots.

A minute later, Santiago Rodriguez tallied from 12 yards to knot the game up at 1-1 and the cut the series deficit to 4-2.

Seattle came close to connecting for its second goal off a counterattack in the 59th minute but center back Alex Callens managed to produce a chest save off a Jordan Morris attempt with Johnson out of the net. Had Morris scored, the game and series essentially would have been over.

Frei came up huge as he saved Thiago Martin’s point-blank header off a corner kick off his thigh in the 64th minute. Four minutes later, Frei parried Talles Magno’s shot from the right side over the net.

“Credit to Ronny [Deila, NYCFC head coach] and his team,” Schmetzer said, adding that after “halftime they were on top of us. Our team persevered.”

Frei continued to stand on his head as he stoned an open Magno in front of the goal in the 73rd minute.

“It’s a bit frustrating,” Rodriguez said. “We just weren’t good enough to finish off our chances and kudos to Seattle, who defended so well.”

On the other side of the pitch, Johnson kept the host side in the match with a few saves, including one on Cristian Roldan in the 78th minute.

The Sounders did their best to try to stop the flow of the game, especially in the second half, when several players went down with apparent injuries and were slow to get up.

“Obviously, it was a little frustrating,” Rodriguez said. “We just wanted to give ourselves hope. We tried to stay positive in every situation possible.” 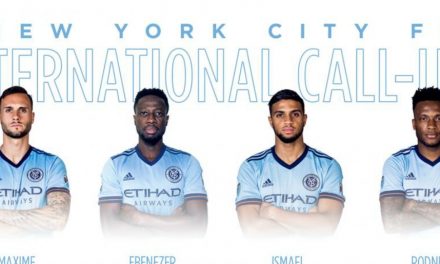 GETTING THE CALL: NYCFC’s Chanot, Ofori, Tajouri-Shradi, Wallace to go on international duty 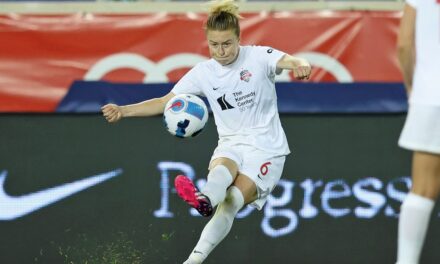 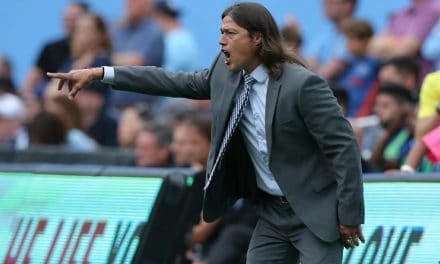 NO YANKEE DOODLE DANDY TO HIM: Quakes coach Almeyda says stadium is not suited for soccer