TUCHEL ON CHELSEA’S MESS: ‘When it’s a big storm you dig in and you hold together and hold strong’

The best way for Chelsea players and coaches to try to forget about the Roman Abramovich mess?

Focus on the games at hand.

“As long as we have a fixture and as long as we have enough shirts and as long as the bus is full of fuel we will be there, we will be competitive and we will be there in the best spirit because we love the game,” Tuchel said during his Friday media briefing. “This is what everyone can be sure of, and this is what we demand of ourselves. When it’s a big storm you dig in and you hold together and hold strong and get through it.”

The future of Chelsea has been cast into rarefied territory in the wake of Abramovich’s major financial problems.

The Chelsea owner was one of seven oligarchs sanctioned by the United Kingdom on Thursday as his assets in the country were frozen. The sanctions included his assets in the English Premier League club and his multimillion-dollar property portfolio.

Abramovich has been barred from travelling to England and conducting financial transactions with individuals or businesses in the country.

The sanctions were imposed because of Abramovich’s alleged close ties with Russian president Vladimir Putin, who ordered his country’s invasion of Ukraine two weeks ago.

Tuchel also praised his players, who recorded a 3-1 win at Norwich City on Wednesday.

“It’s always the best way for a football team, to carry on winning. Of course, also for us it’s maybe at the moment a bit more difficult because of the noise,” he said. “There will be some players who feel uncertainty, some will maybe be a bit frightened, some will be concerned. It’s normal.

“It’s also not only about the players. We have a lot of people in the staff and in the club who are maybe also worried and scared and uncertain. That’s why it’s very important that we keep the trust and the belief in the training center, in all of us, and we rely on ourselves and in the end allow ourselves to be the guys who take care of the sport, because we did not cause the situation, we cannot solve the situation.

“So it can also I think give us a little bit the freedom in the end to still enjoy what we are doing and still follow the responsibility to give everything and what we demand from ourselves. This is what we do and I am happy that we can still produce results and performances. We will be on it again to be ready for Sunday.” 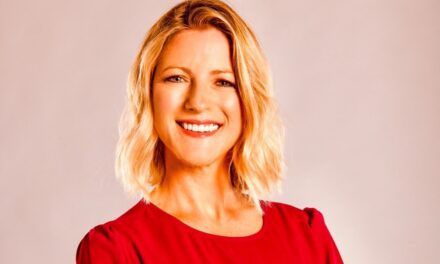 TAKING A PASS (DAY 12): When Carlos Alberto did not get his kicks in Trinidad