Conceived and developed by the federation and the U.S. women’s national team players, SheBelieves was created to inspire and encourage girls and women of all ages to accomplish their goals and dreams, athletic or otherwise.

The sixth annual SheBelieves Hero Contest will choose a someone between the ages of 13-17 who embodies the SheBelieves spirit. The contest will run from Tuesday to Feb. 24. 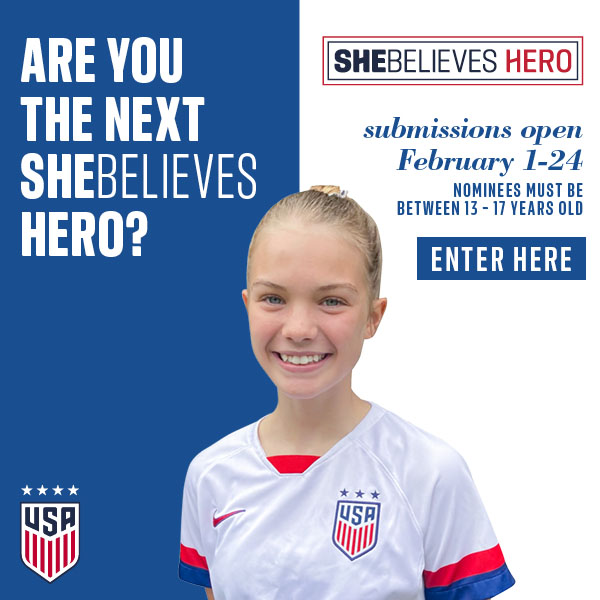 The SheBelieves Cup kicks off on Thursday, Feb. 17 at the Dignity Health Sports Park in Carson, Calif. as Iceland takes on New Zealand (8 p.m. ET) and the USA faces the Czech Republic (11 p.m. ET) on ESPN and in Spanish on TUDN).

The tournament resumes on Sunday, Feb. 20, also at DHSP, with the USA playing the first match against New Zealand (3 p.m. p.m. on ABC and in Spanish on PrendeTV), while the Czech Republic will face Iceland (6 p.m. ET) in the second match.

The competition concludes on Wednesday, Feb. 23 at Toyota Stadium in Frisco, Texas, with New Zealand taking on the Czech Republic (6 p.m. ET) and the USA facing Iceland in the nightcap (9 p.m. ET on ESPN and in Spanish on PrendeTV).