“Soccer has enriched my life in countless ways,” Woog said in a statement. “I am so grateful to 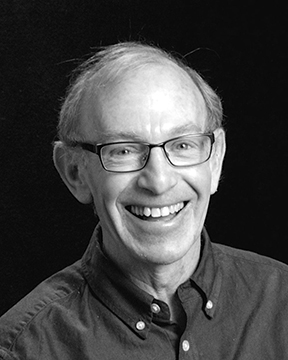 have spent my coaching career at Staples High School, surrounded by amazing teenagers and wonderful colleagues. They have made me a better person. I can’t imagine a better environment. United Soccer Coaches has also impacted my life. The organization’s unwavering support of inclusion for all groups – and the many people who supported me personally – have shown me the power of advocacy. It is a privilege to give back what I can, through this Endowed Fund.”

The fully endowed fund provides convention opportunities for high school coaches who are members of, or have shown support and advocacy for, the LGBTQ community. As one of the nation’s first openly gay high school coaches, Woog has advocated for LGBTQ issues and organized the first such workshop at the United Soccer Coaches (formerly NSCAA) Convention in 1995.

As the United Soccer Coaches LGBTQ & Allies Advocacy Group Chair, Woog helped develop the Play with Pride rainbow laces initiative, and the diversity and inclusion e-learning module. A staunch member of the Advocacy Council, he also serves on the US Youth Soccer’s Diversity and Inclusion Committee.

“I’ve met many wonderful people during my soccer journey and Dan Woog is one of those individuals,” United Soccer Coaches Foundation’s Mike Curry said in a statement. “He is passionate about the game of soccer and demonstrates this with his uncompromising generosity, caring and support. Those of us who know him as a colleague, coach, mentor or friend are very fortunate to have him in our lives.”

Woog grew up in the soccer hotbed of Westport, Conn. He was a member of the 1970 state championship team – which boasted 10 future college captains – but was “nowhere near good enough” to go on to play at Brown University, another soccer powerhouse.

His high school coach, United Soccer Coaches Hall of Fame member Albie Loeffler, encouraged him to start a youth team when he returned to Westport after graduation. In 1975 Woog helped found the Westport Soccer Association. He coached there for a decade, winning 10 state championships at the U-19, U-16 and U-14 levels, with one USYS Region I championship appearance. He led summer soccer trips abroad for 20 years, taking teams to Europe, South America and Australia for tournaments and home stays.

Woog began coaching at Staples High School, his alma mater, in 1983. He served as freshman, junior varsity and varsity assistant. In 2003 he was named head coach – only the third in the program’s then 45-year history. His teams have won four league and one state championship, and been state runner-up twice. The 2009 squad was ranked as high as #3 nationally, and finished as the top team in New England.

Woog is a journalist and writer. His 17 books include two on gay athletes, and a memoir of his life in the game, We Kick Balls: True Stories of the Youth Soccer Wars. He has covered college, high school and youth soccer for Soccer America for over 40 years, and won 20 national soccer writing awards.

Other honors include United Soccer Coaches Letter of Commendation recipient, United Soccer Coaches National Coach of the Year and Connecticut High School Coach of the Year. He was inducted into the Connecticut Soccer Hall of Fame in 2001.
To make a tax-deductible gift toward the Dan Woog Staples High School/LGBTQ Fund online, visit the website at www.unitedsoccercoaches.org/coachesGIVE.

PICTURE THIS: So, this is how they keep RBA’s grass so green

ALEXANDRU THE GREAT: Mitrita’s hat-trick boosts NYCFC to within a point of Eastern title