It will begin Friday with FA Cup fourth round matches on ESPN+. 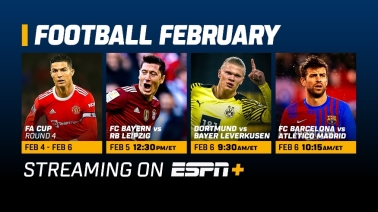 The 141st season of England’s FA Cup – the world’s oldest soccer club competition – continues with all 16 matches in the fourth round streamed on ESPN+ in English and Spanish, beginning Friday with Cristiano Ronaldo and Manchester United vs. Middlesbrough at 3 p.m. ET.

BEHIND CLOSED DOORS: EPL is set to return on June 17