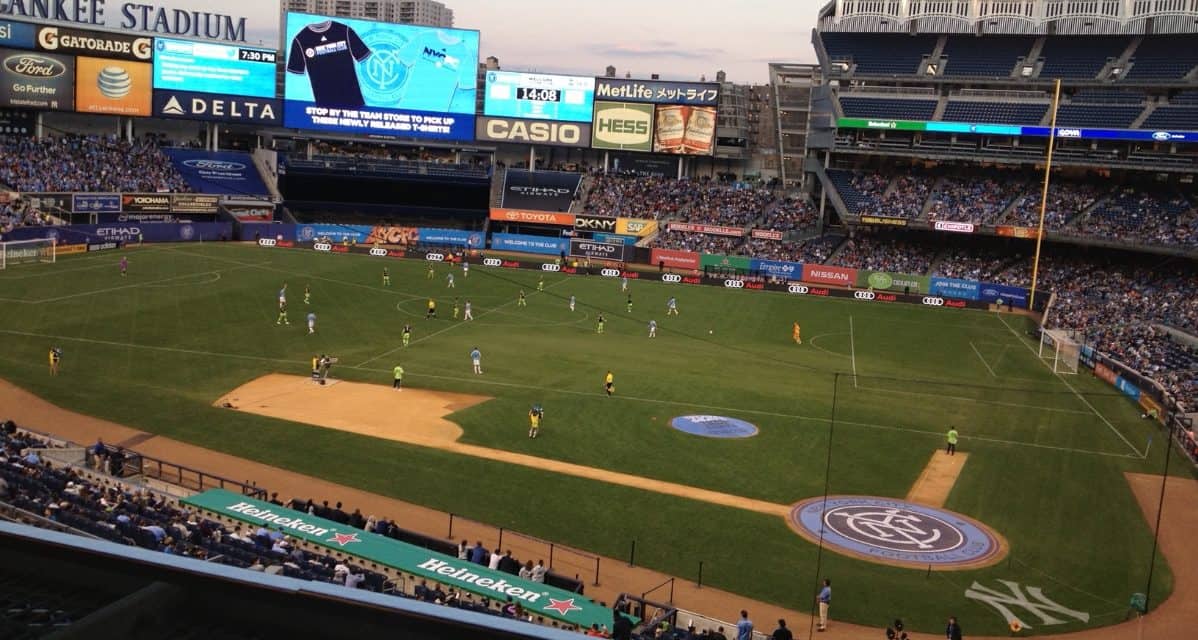 NYCFC has played at Yankee Stadium since it joined MLS in 2015. (FrontRowSoccer.com Photo)

The team will be calling Yankee Stadium home for the foreseeable future, although Major League Soccer commissioner Don Garber felt if NYCFC had hosted the 2021 MLS Cup final would have been positive.

Had Real Salt Lake defeated the Portland Timbers in the Western Conference final, MLS Cup would have been hosted by NYCFC.

“I’m convinced that NYCFC would have sold out Yankee Stadium,” Garber said during a Zoom media conference call on Tuesday. “We would have had an incredible crowd. And I think it would have been a good environment.”

While City plays at an iconic baseball park, that’s what it is, a baseball park. The field is too narrow, compared to other MLS venues. For many fans, the sight lines are far from the best.

Asked about if there was any update on the status of NYCFC finding a new home, Garber did not offer any details, stating that the league and club needs “to get it right.”

“The situation in New York as you know continues to evolve,” he said. “The ownership group is focused they continue to work in a variety of different opportunities. You’ve read about those. There’s no secret to what both their challenges are and what their opportunities are.

“I harken back to getting asked this question. In D.C. it took them 20 years to build out a field. Now, I’m not saying it’s going to take that long with NYCFC, but we’ve got to get it right. It’s not easy to build stadiums in large cities, and New York is the largest in our league. So, I’m confident in time they’ll be able to have a stadium of their own I hope I’m still commissioner at that time.”

NYCFC has called Yankee Stadium home since it joined MLS as an expansion team in 2015.

The Cityzens will meet the Portland Timbers in MLS Cup at Providence Park in Portland, Ore. on Saturday at 3 p.m. ET.

That the team reached the championship has given it a higher profile in the media this week as it tries to break through 10 professional sports teams in the metro market.

“I spoke to (NYCFC vice chairman] Marty Edelman two nights ago he told me that soon to be New York City mayor as soon as [he takes] office, Mayor Adams tweeted out congratulations to NYC FC and hope you chop some timber in Portland.

“You’ve got to have success on the field and you’ve got to have relevance. It’s difficult in markets where you’ve got more than 10 professional sports teams. I think the team is making progress and I think getting into their first MLS Cup has done wonders for them. I hope to see that pay off in season tickets for them next year, their television ratings on YES and the contribution to the national rating.” 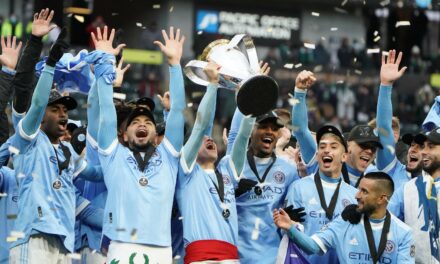 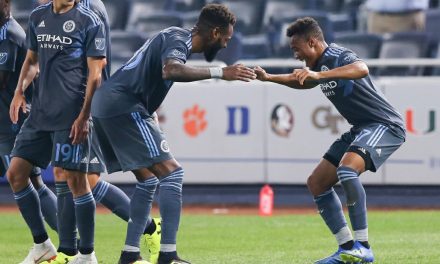