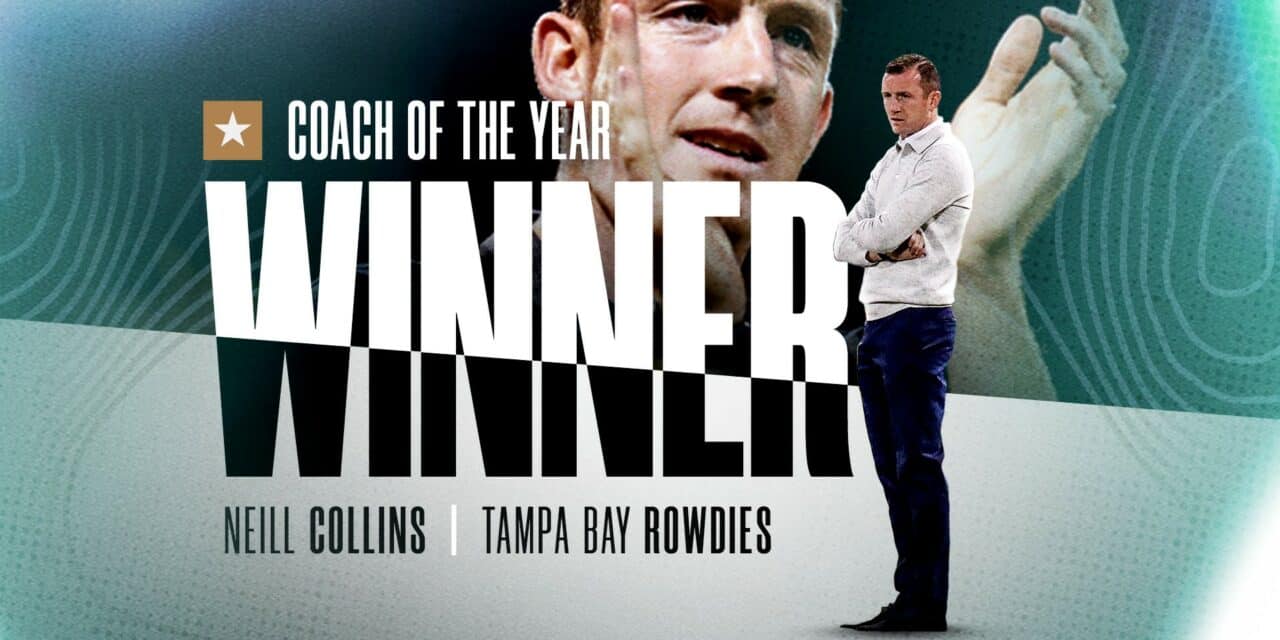 TAMPA, Fla. – Since Neill Collins’ appointment as head coach of the Tampa Bay Rowdies midway through the 2018 USL Championship season – a move that saw the former defender transition from the playing field to the sideline overnight – the upward trajectory the club has experienced has been undeniable.

In his third full season at the helm, the Rowdies produced the best campaign in the club’s modern era, finishing the regular season with the best record in the Championship, recording the third-highest points total in league history while equaling the single-season record for home victories with 13 wins out of 16 games at Al Lang Stadium during the regular season.

On Saturday, Collins was named the USL Championship’s coach of the year after a season in which he became the winningest head coach in the Rowdies’ modern era while leading the side to a second consecutive Eastern Conference title in and a place in the 2021 USL Championship final against Orange County SC on Sunday night at Al Lang Stadium (8:30 p.m. ET | ESPN | ESPN Deportes | SiriusXM FC).

For Collins, at the center of the club’s progression has been the decision-making processes he and others on the club’s staff have implemented which has provided a framework for the club’s success.

“The thing is as a coach you’re always judged on results,” said Collins. “It’s the most brutal game because sometimes you can have great team performances, have what you think is a great week and the result doesn’t maybe reflect that. Equally, you can have the breaks and win a game even though perhaps you didn’t make the best decisions.

“The biggest thing for me is always trying to reflect on why we do things as a staff and as a club, why do I do things, and then we try and have good logical plans behind every decision and every reason. I think that’s where me, [Rowdies president] Lee Cohen and the staff have always tried to improve. I think you feel that improvement when you’re able to make decisions easier and quicker.”

The Rowdies’ 6-2 victory against FC Tulsa in the Eastern Conference quarterfinals of the 2021 USL Championship was the 60th for the club with Collins at the helm across the regular season and playoffs, with the competitive nature the 38-year-old was known for as a player still evident on the sideline during games.

As fierce as Collins’ desire for success and diligence in maintaining standards on the field remains as a coach, however, his bright personality away from the field has also had a major impact day-in and day-out around the club.

“When it is time to be serious and time to put the work in, the coach you see on the sideline and the player you remember on the field is bringing the passion that we have all grown to love,” Cohen said. “But when you step outside those lines, Neill is just as much of the character that makes him so special. He can turn it on and off with the best of them. You always have to be on your A-Game walking around Al Lang because you never know when a joke or a jab is coming.

“The atmosphere around the club from the players to the front office is fantastic because everyone knows, when it is time to put the work in, we will put the work in, but we will also enjoy the success because it is that hard work that allows us to enjoy the moments of accomplishment and joy together.”

As the Rowdies prepare for the chance to claim their first USL Championship title on Sunday, the open approach Collins and his side have taken to the current campaign has provided a platform through which Tampa Bay appears primed for success, now and in the future.

“At the start of this season we more or less said we don’t know how good we can be, so why restrict ourselves by setting too many goals?” said Collins. “Let’s just try and be better every day, individually and collectively, me, the staff, and the players, keep pushing to be better. I think by doing that we’ve been able to achieve some great heights. … It’s been fantastic to watch the players do that.”

The 2021 USL Championship Awards were voted on by team technical staffs and executives and a league-wide media panel that included representation from every USL Championship market. Voting was conducted following the conclusion of the 2021 Championship regular season. 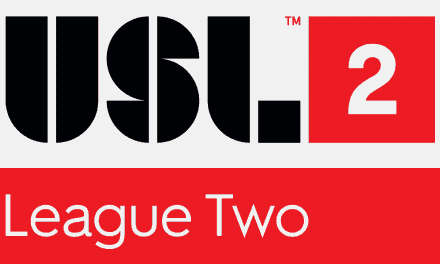 UNVEILING THE SCHEDULE: USL League Two will kick off May 1 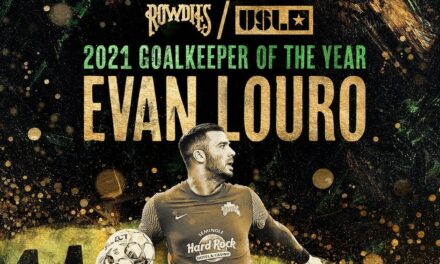 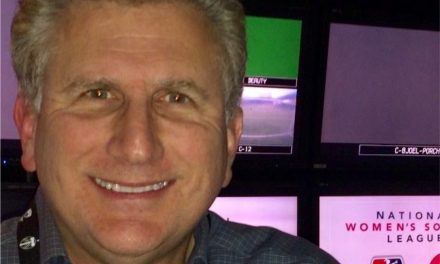