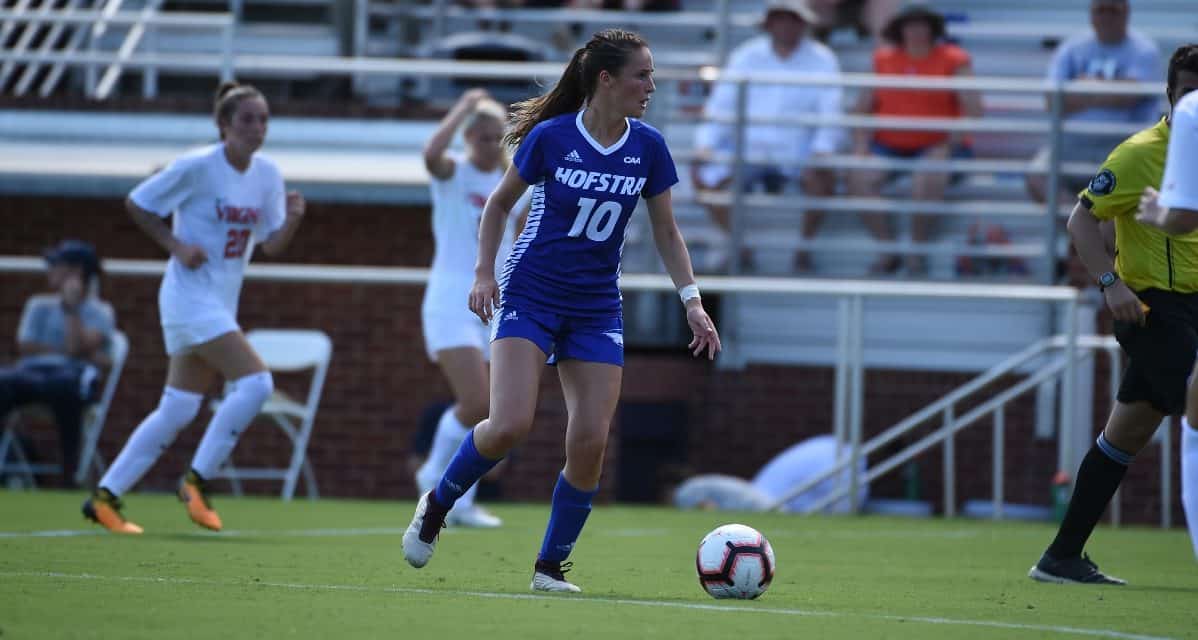 Lucy Porter assisted on five goals this past weekend. (Photo courtesy of Hofstra)

RICHMOND, Va. – Fifth-year midfielder Lucy Porter of the Hofstra University women’s team was selected as the Colonial Athletic Association offensive player of the week for the first time this season, the league announced Monday.

Porter recorded five assists, helping Hofstra score five of its six goals this past weekend. During Hofstra’s 4-0 win over the University of Delaware, Porter tied a Hofstra program record with three assists before turning around to assist on both of Hofstra’s goals in its 2-1 double extratime victory over UNCW Sunday.

Porter has registered seven assists in her last three matches. She has been a force behind last seven of Hofstra’s eight goals. She has four games in which she finished with at least two assists.

With one goal and nine assist this season, Porter has 11 points, elevating her to second all-time in Hofstra program history with 109 career points. She trails Leah Galton, who tallied 122 for her career.

Porter and the Pride (12-1) look to make it 10 consecutive wins as they host Northeastern University Thursday at 7 p.m. 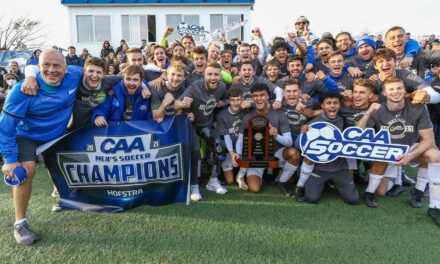 TUNING UP FOR THE TOURNEY: Hofstra women roll past Charleston as Porter registers a hat-trick