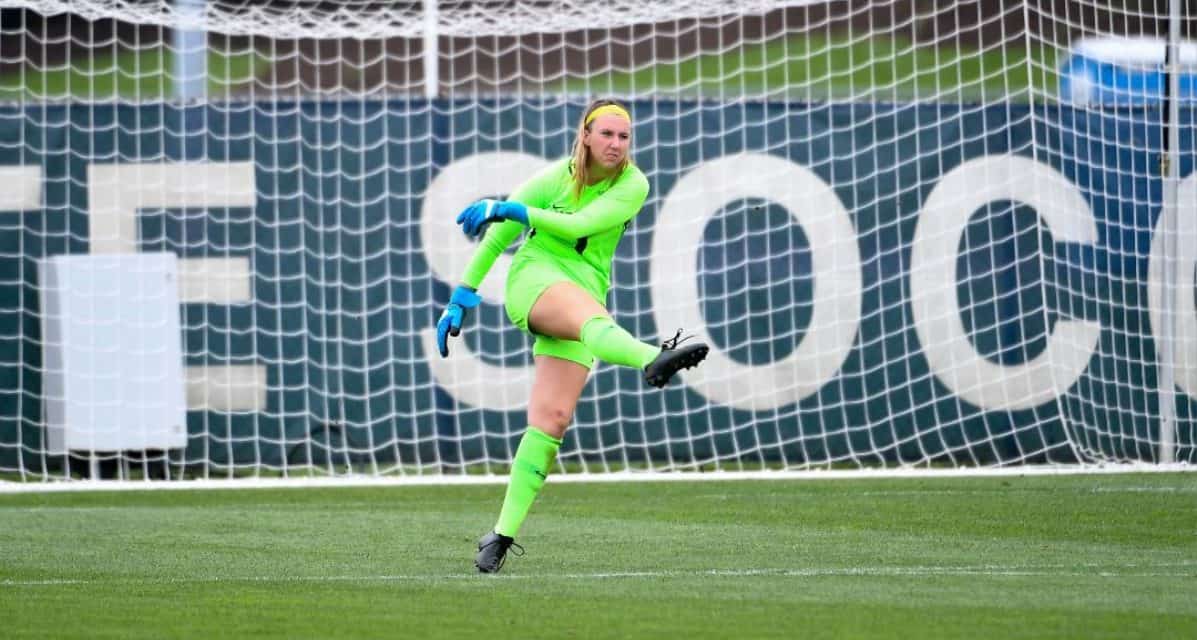 KANSAS CITY, Mo. – For the first time in program history, a Hofstra Univeresity women’s soccer student-athlete has been selected as the United Soccer Coaches Division I player of the week, as Skylar Kuzmich picked up the national recognition after one of the top performances of her career last week.

Kuzmich, the Colonial Athletic Association defensive player of the week for the first time, made a career-high seven saves en route to a 2-0 shutout over No. 22 Princeton last week, leading Hofstra to its second win over a ranked opponent in program history. The shutout was the third consecutive for Kuzmich, her fifth this season, and Hofstra’s sixth shutout.

Her five clean sheets are the second-highest total in the country, as Hofstra ranks 11th in shutout percentage (0.667). Kuzmich has allowed onlly one goal in her last five matches, and lowered her conference leading goals-against average to 0.46, ranking inside the top-25 nationally. Kuzmich also sports a career-best 0.833 save percentage this season which is tied for second in the CAA.

A junior from Abington, Mass., Kuzmich has started every match in goal since the moment she stepped foot on campus, compiling a 31-6-3 record. She has recorded 10 individual shutouts and has a 1.09 career GAA.

Kuzmich and 14th-ranked Hofstra look to continue their hot streak at they host Towson University Saturday at 1 p.m.