St. John’s (4-2-1) played even with the Bulldogs (1-7) for most of the first half before Mia Grillo broke a scoreless deadlock in the 45th minute. Fourteen minutes later, Yale added another tally off the foot of Chloe Laureano to put the game out of reach.

With the clock winding down and just seconds to play in the half, Alanna Butcher sent a high pass across the box to Grillo. The senior forward finished top shelf past goalkeeper Naya Lipkens for a 1-0 advantage.

In the 59th minute, Laureano converted on a free kick for a two-goal margin.

The Red Storm opens up Big East action at the University of Connecticut Thursday at 7 p.m. 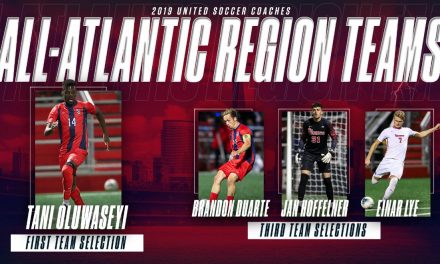